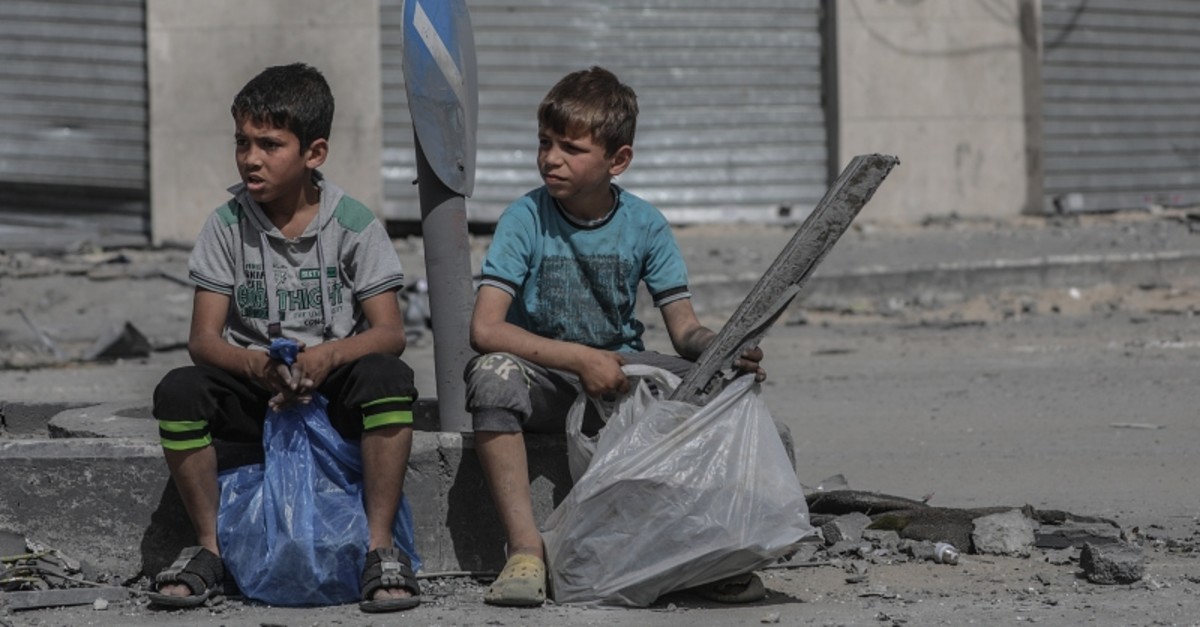 Palestinian boys rest as they inspect the rubble of their family destroyed house which was damaged in Israeli air strikes in Gaza City, May 6, 2019 (EPA Photo)
by Compiled from Wire Services May 07, 2019 11:32 am

Qatar has allocated $480 million in aid to Palestinians in the West Bank and Gaza, the Qatari Foreign Ministry said on Tuesday.

It said $180 million of the amount will go to humanitarian relief, provide support for United Nations programs and support electricity services.

The other $300 million in grants and loans will support the health and education budget of the Palestinian Authority.

Qatar, which has close ties with Hamas, has also recently pledged $150 million for improving the humanitarian crisis in Gaza.

The announcement comes following an escalation in violence between Hamas, which has ruled the Gaza Strip since 2007, and Israel. The conflict reignited over the weekend, with Israel's army attacking more than 350 targets in Gaza.

Israeli airstrikes killed at least 25 Palestinians, including two pregnant women and two infants, and injured more than 100 others since Saturday.