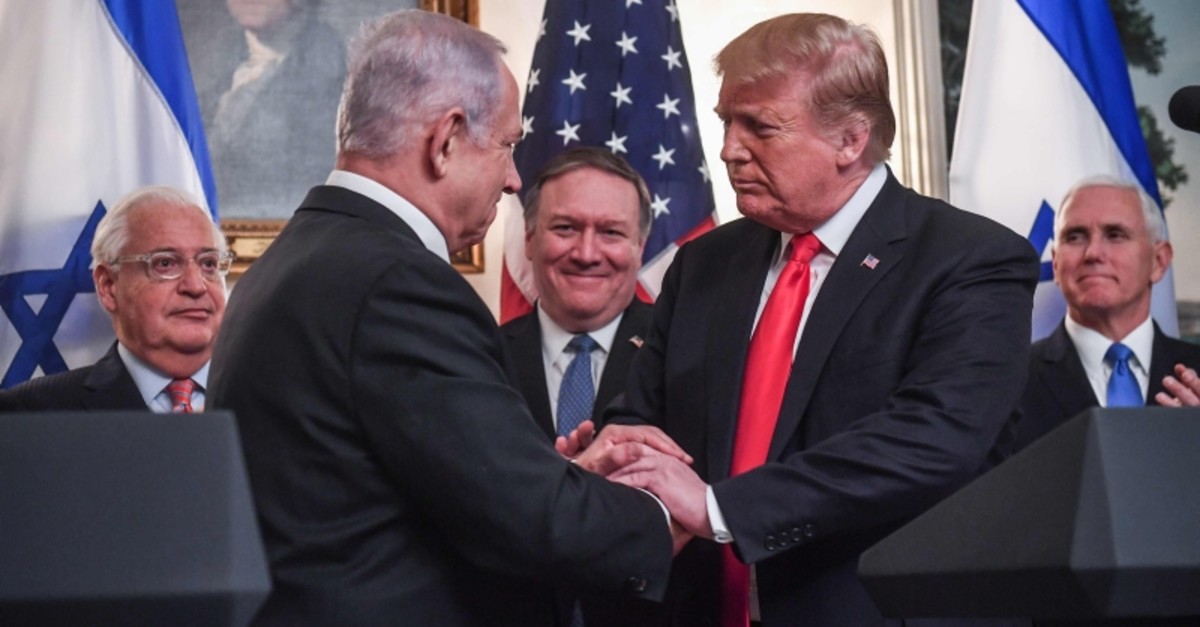 Israeli Prime Minister Benjamin Netanyahu said Sunday that a site for a promised new settlement to be named after U.S. President Donald Trump had been chosen and formal approval was underway.

"I promised that we would establish a community named after President Trump," Netanyahu said at the start of the weekly cabinet meeting.

"I would like to inform you that we have already selected a site in the Golan Heights where this new community will be established, and we have started the process," he said in Hebrew.

His controversial move came after considering settling some 250,000 Israelis in the occupied Syrian Golan heights over the next 30 years. Israel plans to construct two new Jewish-only settlements in the Golan, along with thousands of new settlement units and a raft of planned transport and tourism projects in the region, according to reports. The population of the Golan Heights currently stands at around 50,000, including 22,000 Israeli settlers, according to Israeli figures.

Trump has shifted U.S. policy sharply in Israel's favor since taking office while breaking with longstanding international consensus. As part of generous support for Netanyahu, in December 2017, Trump said Washington would recognize the disputed city of Jerusalem as Israel's capital, sparking outrage among the Palestinians who claim Israeli-annexed east Jerusalem as the capital of their own future state.

The Trump administration then moved the U.S. Embassy from Tel Aviv to Jerusalem, which is internationally recognized as under Israeli occupation., and inaugurated on May 14, 2018.

Moreover, the "occupied" label was omitted from U.S. government reports while referencing the Palestinian lands that are occupied by Israeli settlers.

Finally, last month, Trump said the Israeli sovereignty over the occupied Golan Heights had to be recognized. The U.S. decision to label the Iranian Revolutionary Guards as a terror group has also been welcomed by Netanyahu as he considers Iran as the main national security threat to his country. The illegal settlement projects in the occupied territories were a pillar of the electoral campaign launched by Netanyahu's government.

However, according to the U.N., the Golan's legal status will remain unchanged and still be considered "occupied territory" under international law. Since the decision was first made by the U.S., Turkey, along with other countries, has strongly criticized the unilateral move.

Israel seized part of the Golan from Syria in the 1967 Six-Day War.

Netanyahu said he would submit the new settlement plan for cabinet approval when a new government takes office in the wake of last month's snap general election.

Netanyahu has been conducting low-key meetings with heads of the parties expected to join his coalition. He has until the end of May to put together an alliance.