Half of Gaza population may not have enough food by June, UN warns 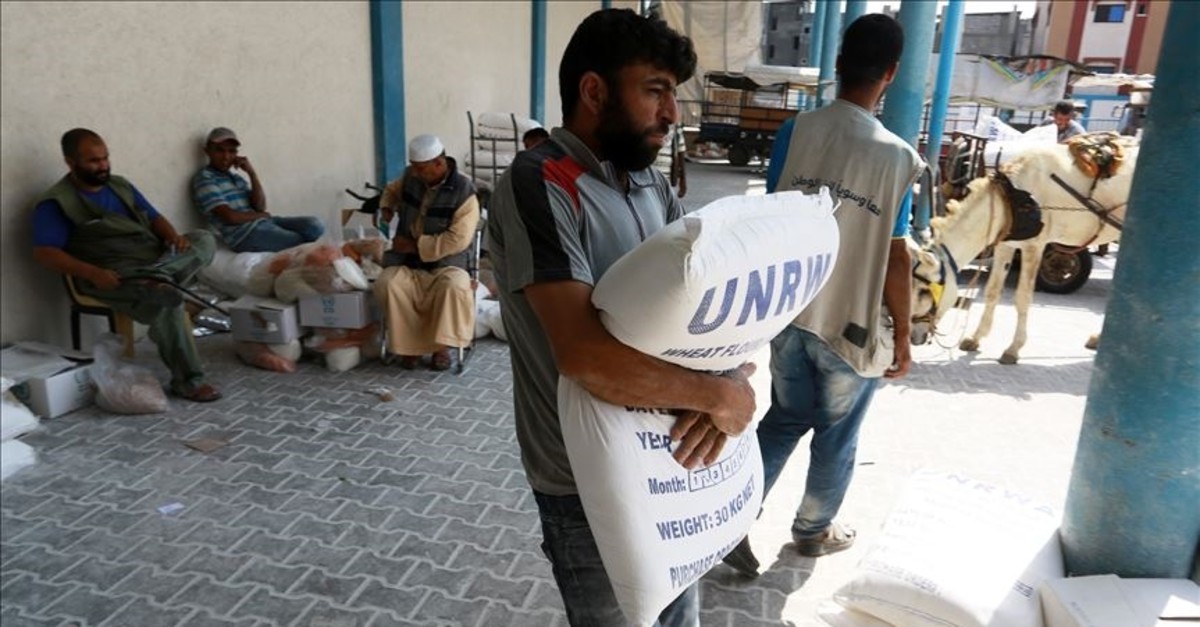 Almost half the population of the Gaza Strip under Israeli blockade is in need emergency food assistance as the U.N. warned that they may not have enough food by next month

At a time when Muslims around the world are observing the holy month of Ramadan, more than 1 million impoverished Palestinians in the blockaded Gaza Strip may not have enough food by next month as they live on food handouts.

In a statement, the U.N. Relief and Works Agency (UNRWA) called for providing an additional $60 million by June to help the agency provide aid to more than 1 million Palestinian refugees in Gaza.

"From fewer than 80,000 Palestine refugees receiving UNRWA social assistance in Gaza in the year 2000, there are today over 1 million people who need emergency food assistance without which they cannot get through their day," the statement said.

The U.N. agency explained that there are now some 620,000 Gazans who live in abject poverty – those who cannot cover their basic food needs and who have to survive on $1.60 per day – and nearly 390,000 absolute poor.

"This is a near tenfold increase caused by the blockade that lead to the closure of Gaza and its disastrous impact on the local economy, the successive conflicts that razed entire neighborhoods and public infrastructure to the ground, and the ongoing internal Palestinian political crisis that started in 2007 with the arrival of Hamas to power in Gaza," Matthias Schmale, director of the UNRWA, said while blaming the 12-year Israeli blockade for the deteriorating living conditions.

The U.S. slashed funding for the UNRWA and for development programs in the Palestinian territories. The World Food Program (WFP) earlier this year announced further cuts in food aid to Palestinians due to funding shortages amid international warnings of an ongoing humanitarian crisis in the occupied territories.

Last September, the World Bank warned that the Gaza economy was in "free fall," calling on Israel and the international community to take immediate action to avoid "immediate collapse" in the Palestinian territory. According to the bank, unemployment is now over 50% and over 70% among Gaza's youth. The poverty rate in the Gaza Strip has reached 80% amid more than a decade-long Israeli blockade, according to the Palestinian General Federation of Trade Unions. Dozens of Palestinians have long demonstrated against high unemployment rates in the Gaza Strip, as well. A 2017 U.N. report also predicted that Gaza would be unlivable by the year 2020.

Palestinians have been protesting at least weekly along the Gaza border in what they call the "Great March of Return." Protesters are demanding an end to the blockade and for Palestinian refugees to be allowed to return to homes their families fled in the 1948 war surrounding Israel's creation. More than 200 Palestinians have been killed since the protests began, while one Israeli soldier was shot dead over the same period. Israel was criticized by a U.N. human rights body for its killing of protesters in Gaza and its treatment of Palestinians, declaring it a war crime under the Statute of Rome. The high casualty toll triggered diplomatic backlash against Israel and new charges of excessive use of force against unarmed protesters.