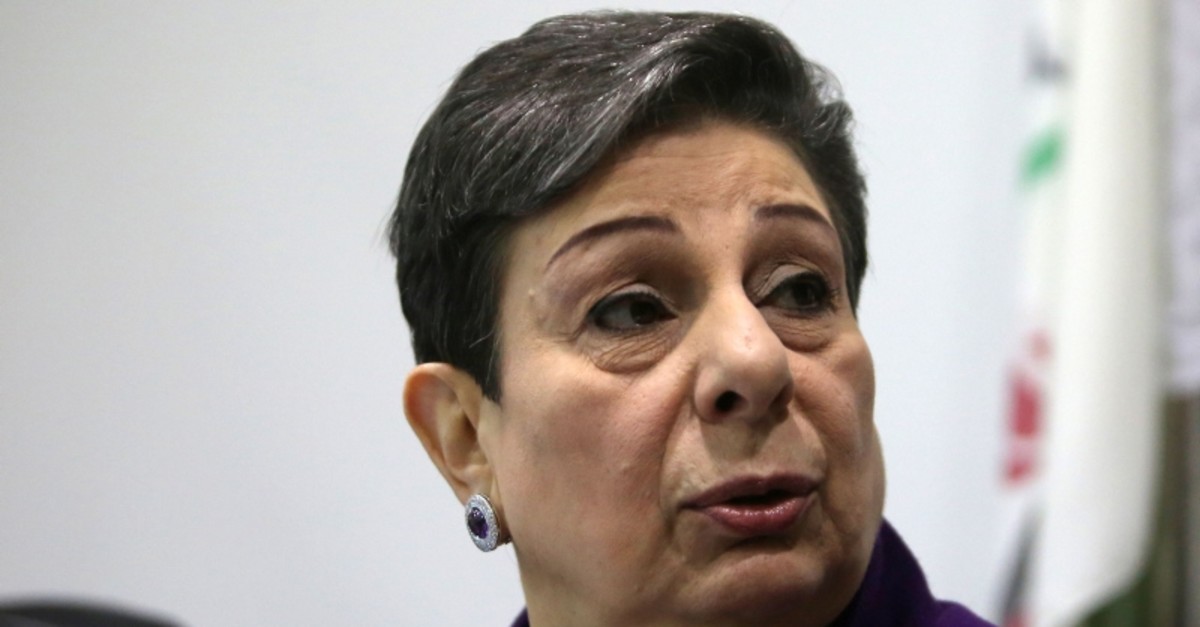 A veteran Palestinian negotiator said on Monday she had been denied a U.S. travel visa for the first time, and viewed it as retaliation for her criticism of the Trump administration and Israel.

Asked about Hanan Ashrawi's allegations, a U.S. State Department official did not comment directly, but said visas are not refused on the grounds of an applicant's politics if those political statements or views would be lawful in the United States.

Since they boycotted the Trump administration over its recognition of Jerusalem as Israel's capital in late 2017, the Palestinians have seen cuts to U.S. funding that have contributed to their economic distress in the occupied West Bank and the Gaza Strip.

"It is official! My U.S. visa application has been rejected. No reason given," Ashrawi said on Twitter. She is a member of the executive committee of the umbrella Palestine Liberation Organization (PLO) and took part in interim peace talks with Israel dating back decades.

She posited that "this administration has decided I do not deserve to set foot in the U.S." and gave as possible reasons her "vocal critic(ism) of this administration & its underlings" and her "(zero) tolerance for the Israeli occupation in all its manifestations as a most pervasive form of oppression, dispossession & denial".

The rancor between the United States and the Palestinians has deepened as Washington prepares to unveil a long-awaited plan for restarting peacemaking, possibly next month.

Palestinian Foreign Minister Riyad al-Maliki said last week that the United States seems to be crafting a plan for a Palestinian surrender to Israel instead of a peace deal.

Ashrawi has sparred publicly with Jason Greenblatt, a Trump envoy and an architect of the peace plan, saying on Twitter on Sunday that he is a "self-appointed advocate/apologist for Israel".

In February, Greenblatt tweeted that Ashrawi was "always welcome" to meet him at the White House. A month later, after Ashrawi condemned Israeli military strikes in Hamas-ruled Gaza, he tweeted to her: "Stop hurting Palestinians w/bad judgement".

Speaking to Reuters, Ashrawi said she had applied for a B-1/B-2 visa, which is for either business or tourism travel to the United States. She described the rejection as a first for her.

"Most of my life, I've been going back and forth, meeting people, speaking everywhere. This is new," she said. "They (the Trump administration) are trying to punish us."

A State Department official declined to respond to a Reuters query about Ashrawi's statements, citing confidentiality for visa records.

Those grounds, the State Department website says, include concerns about an applicant's health, criminal or security background, his or her labor status or incomplete documents.

Last month, Omar Barghouti, a Palestinian leader of an international campaign to boycott Israel, said he was refused a U.S. travel visa as "part of Israel's escalating repression". U.S. officials declined to respond to his allegations.