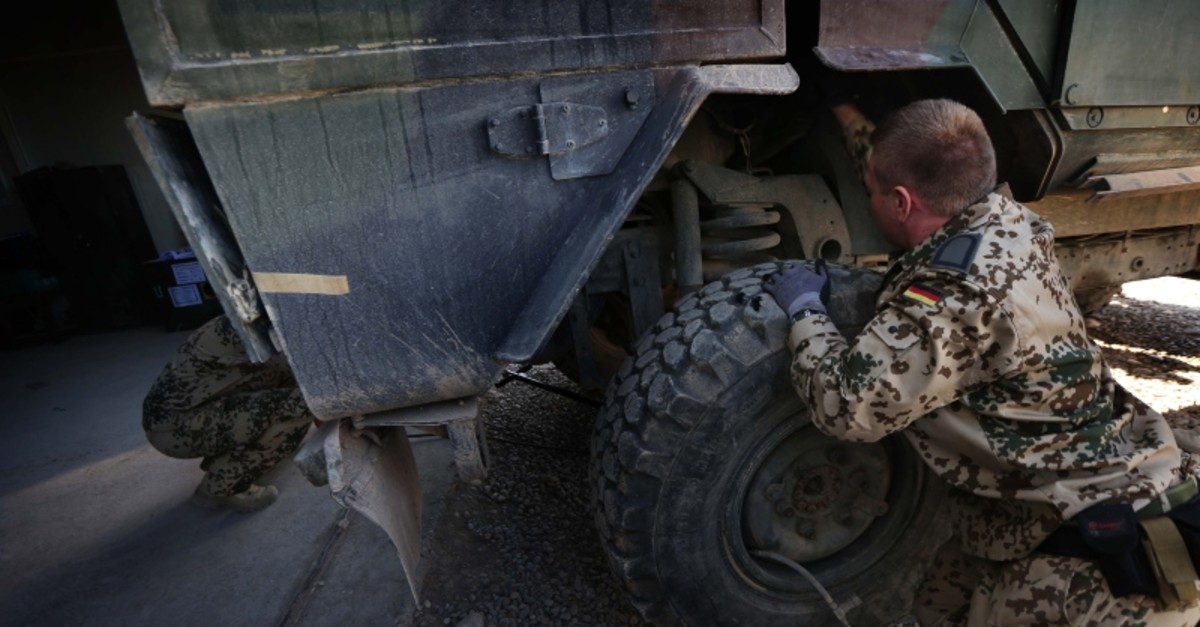 This Feb. 18, 2016 fie photo shows German military experts working on an army vehicle at a workshop for Kurdish Peshmerga forces in Irbil, Iraq. (AFP Photo)
by Compiled from Wire Services May 15, 2019 4:55 pm

Germany and Netherlands on Wednesday suspended their military training missions in Iraq, as tensions rise between neighboring Iran and the United States.

"The German army has suspended the training," Defense Ministry spokesman Jens Flosdorff said, adding that there was "generally heightened alert, awareness" for soldiers currently operating in the region.

Flosdorff said training may well resume in the next days and that there was "no concrete threat" at the moment.

Germany has about 160 soldiers deployed in Iraq, including 60 in Taji, to the north of Baghdad, and 100 in Irbil, in territory controlled by the Kurdish Regional Government (KRG).

It quoted a Defense Ministry spokesman as saying he couldn't elaborate on the threats. It said the Dutch forces are primarily training Kurdish forces fighting Daesh terror group in the region.

The U.S. State Department on Wednesday ordered all non-essential government staff to leave Iraq right away amid escalating tensions with Iran.