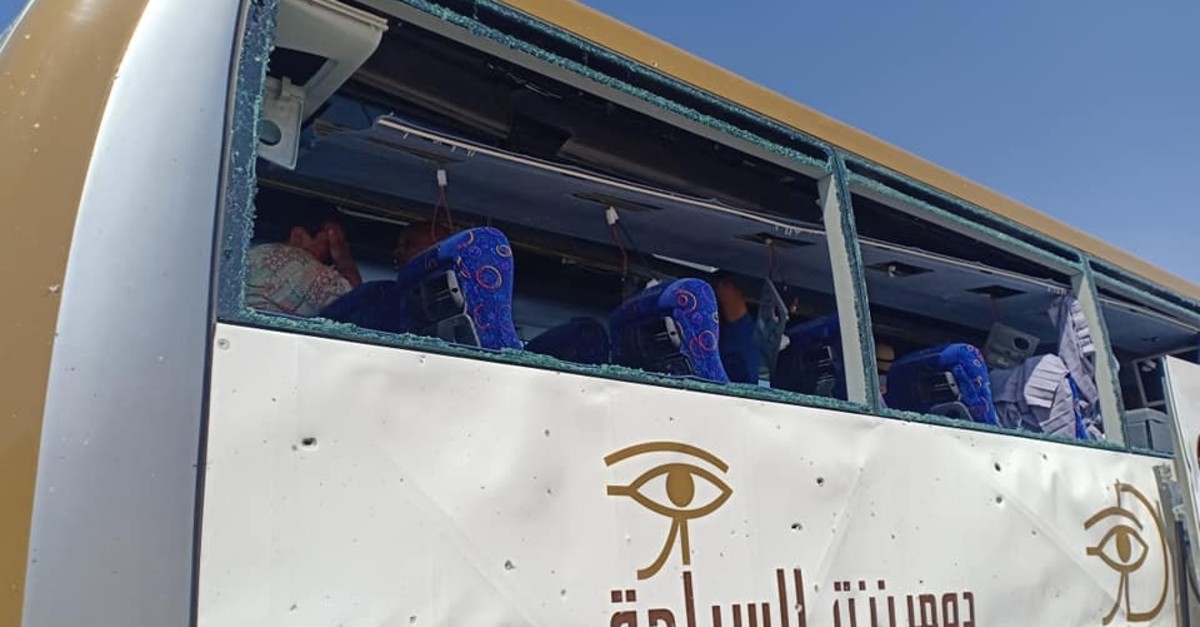 South Africans and Egyptians were among those injured when an explosive device went off, hitting the bus in Giza, according to the sources. No deaths were reported.

Images circulating online showed some of the bus's windows shattered.

Sunday's incident comes after three Vietnamese holidaymakers and their Egyptian guide were killed when a roadside bomb hit their bus as it travelled near the pyramids outside Cairo in December.

Egypt's tourism sector has suffered for years due to a series of deadly attacks targeting holidaymakers following the turmoil of the 2011 uprising that toppled longtime ruler Hosni Mubarak.

Authorities have gone to great lengths to lure tourists back, touting a series of archaeological finds and a new museum next to the pyramids, as well as enhanced security at airports and around ancient sites.

The industry has slowly picked up, with tourist arrivals reaching 8.3 million in 2017, compared with 5.3 million the previous year, official statistics showed.

But that figure was still far short of the record influx of 2010 when more than 14 million visitors flocked to see the country's sites.