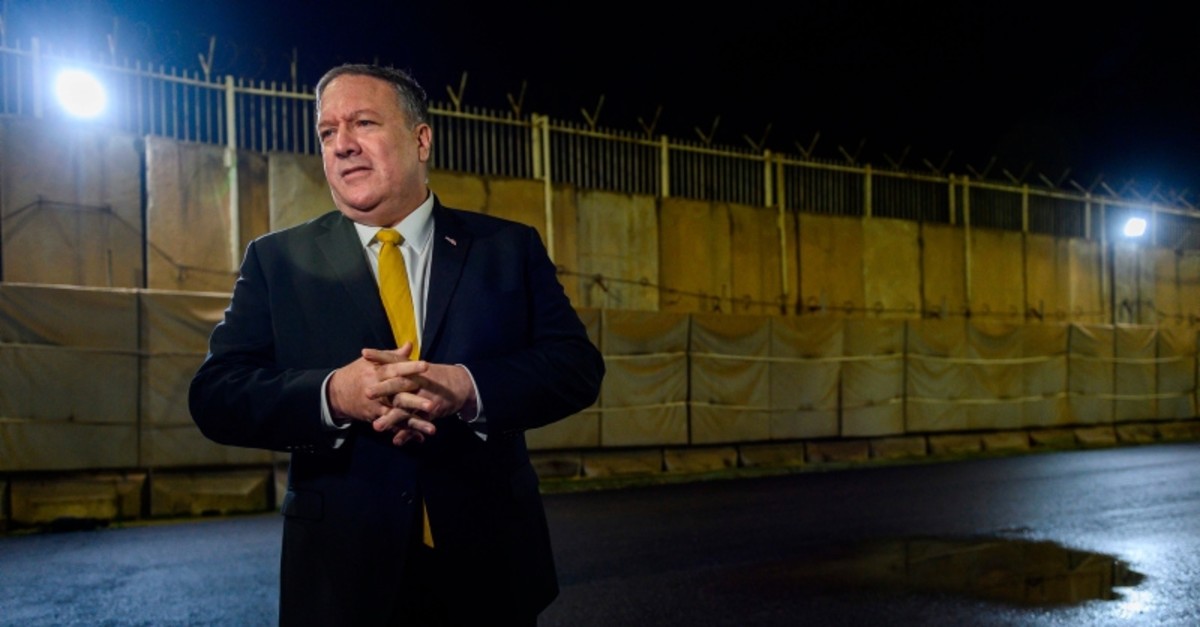 US secretary of State Mike Pompeo speaks to the press outside the US consulate compound in Erbil in the Kurdish autonomous region of northern Iraq on January 9, 2019 (AFP Photo)
by Daily Sabah with AFP May 22, 2019 12:28 am

The U.S. intelligence officials have refuted Secretary of State Mike Pompeo's claim, saying they have "no evidence al-Qaeda has cooperated with the Iranian government" over the recent aggression in the Gulf, the Daily Beast reported late Tuesday, citing senior government officials.

"That finding, which was relayed to The Daily Beast by three sources familiar with the matter, could undercut a potential legal case for going to war with Iran if tensions between Washington and Tehran keep escalating," the website said in the report.

Pompeo two weeks ago accused Iran of ties to the terrorist group and declined to say whether the Trump administration had legal authority to invade the country.

"The factual question with respect to Iran's connections to Al-Qaeda is very real. They have hosted Al-Qaeda, they have permitted Al-Qaeda to transit their country," he said.

"There is no doubt there is a connection between the Islamic Republic of Iran and Al-Qaeda. Period, full stop," he added.

Trump has piled pressure on Iran after last year withdrawing from a nuclear accord negotiated under previous president Barack Obama, slapping sweeping sanctions as Washington seeks to roll back the country's regional influence.