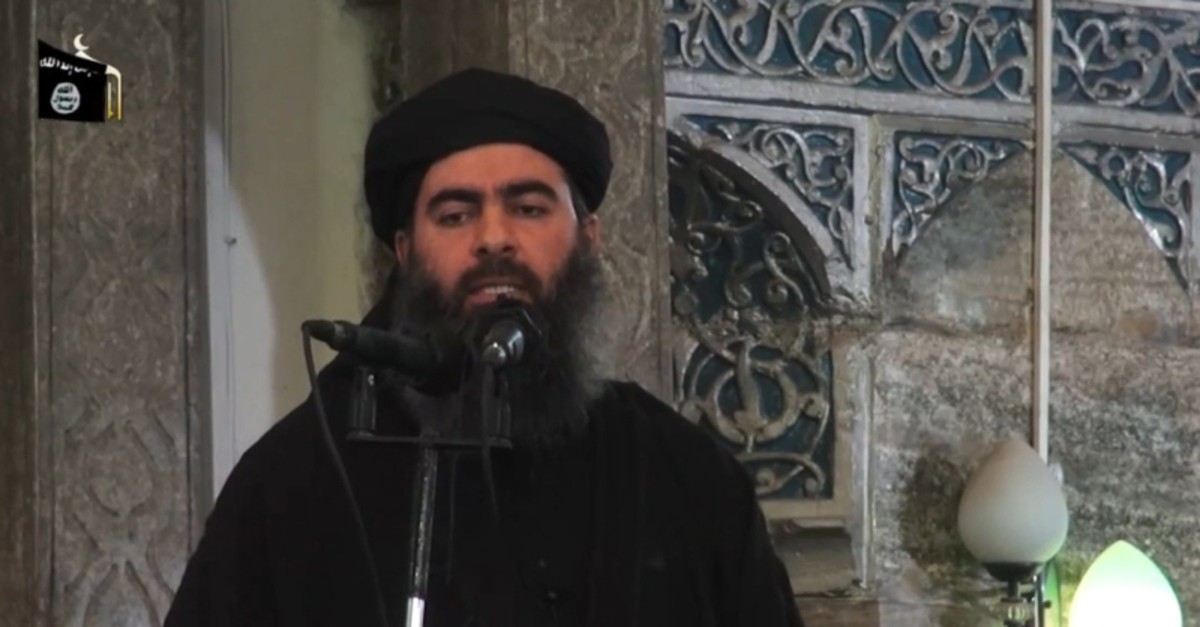 The captured widow of the Daesh terrorist group leader helped the CIA in its hunt for the organization's elusive leader Abu Bakr al-Baghdadi, a British daily said Friday.

In an interview with The Guardian, Nisrine Assad Ibrahim -- also known as Umm Sayyaf -- claimed not to have played a willing part in the detention of U.S. hostage Kayla Mueller at her home.

She has been accused of helping to forcibly hold Mueller and other captives at the home, where the American woman was sexually assaulted by Baghdadi.

But when she herself was detained by the U.S. military, the 29-year-old helped the CIA gain a detailed overview of the terrorist's hideouts and networks, investigators told the daily.

In February 2016, Ibrahim identified a house in the Iraqi city of Mosul in which Baghdadi was believed to have been staying, but the United States did not call in an airstrike.

"I told them where the house was," she told The Guardian at a jail in the Iraqi Kurdish city of Irbil.

"I knew he'd been there because it was one of the houses that was provided for him, and one of the places he liked the most."

Baghdadi declared a self-proclaimed "caliphate" across large parts of Syria and Iraq in 2014.

But he kept a low profile as the group steadily lost territory to multiple offences. Last month he made his first appearance in five years, surfacing to acknowledge the group's territorial defeat a month earlier.

Ibrahim was captured in May 2015 from the Al-Omar oil field in eastern Syria, The Guardian said, in a U.S. military raid that also killed her husband, a top Daesh official known as Abu Sayyaf.

She has been sentenced to death by an Irbil court, said the paper, which reported her nationality as Iraqi.

Ibrahim said U.S. aid worker Mueller was brought to her home in the eastern Syrian town of Shadadi in September 2014, around the same time girls from the Yazidi minority abducted to be used as sex slaves arrived.

"She was treated differently from the Yazidis," Ibrahim said of Mueller.

"There was a budget for her, pocket money to buy things from the shop."

"She was a lovely girl and I liked her. She was very respectful and I respected her," she claimed.

"One thing I would say is she was very good at hiding her sadness and pain."

Ibrahim said she last saw Mueller in late 2014, when Baghdadi arrived from Iraq.

"He took her with him in a simple car, a Kia. He was driving, and they went to Raqqa."

Daesh fighters claimed that Mueller, who was kidnapped in the Syrian city of Aleppo in August 2013, was killed in a February 2015 coalition airstrike that buried her in the rubble.

U.S. officials say the circumstances of her death remain unclear. She was 26.