Israel's new policies seek to entrench its rule in Jerusalem 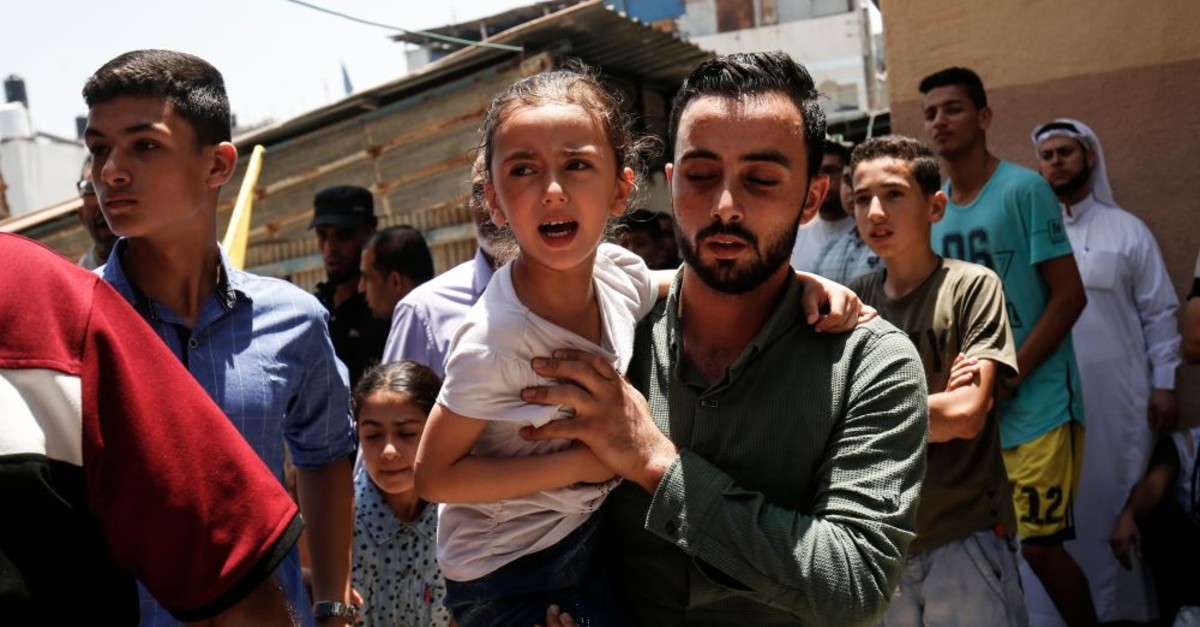 A report by the International Crisis Group indicates that Israel's new policies, barring Jerusalem from becoming a Jewish-minority city in the coming decades, may deepen the conflict

Since its establishment, Israel has gradually been expanding its presence and control in Palestine, refusing to return to its pre-1967 borders. Amid the debate surrounding Israel's occupation of the Golan Heights, which both Israel and the U.S. look to legalize, a new report indicated that Israel was entrenching itself in East Jerusalem through cataloging certain territories in the Israel Land Registry.

Israeli authorities fear Jerusalem may become an Arab-dominated city, with the Jewish population dropping down to a minority in the coming decades. It is a fact that the birth rate of Palestinians is higher than that of Israelis. Therefore, Israel is seeking new ways to consolidate its power in the area. After the 1967 war, Israel occupied East Jerusalem but did not apply Israeli laws fully.

For instance, the land registration and school curriculum are not designed by Israel directly. On the other hand, Israel has not been investing in this area and therefore, there is clear inequality in the city. The Arab side is apparently poorer and less developed than the Jewish side. Last year, Israel launched a new plan to ostensibly develop the area.

A new report released by the International Crisis Group (ICG) indicated that Israel was "advancing new policies to entrench its de facto annexation of parts of occupied East Jerusalem." And the plan was part of this entrenchment: "In May 2018, with the stated aim of reducing socio-economic inequality, Israel adopted a five-year plan allocating $530 million to East Jerusalem. But the plan's real goal is to assert Israeli sovereignty, including, most dangerously, by cataloging all East Jerusalem's lands in the Israel Land Registry and inducing its schools to use Israeli curricula."

Moreover, the report claimed that Israeli authorities had another plan to protect the Jewish majority of the city through making changes in the municipal borders. "To protect Jerusalem's Jewish majority, Israeli leaders are thinking about redrawing the Israeli-demarcated municipal boundaries to remove Palestinian-populated areas that lie within these boundaries but to the east of the separation barrier," the report said, adding that this move would "deepen the conflict."

According to the report, Israeli politicians have failed to attract more Jews to move to East Jerusalem. Aside from attracting more Jews, many Israelis have been leaving the city, while Palestinians were determined to stay, despite difficult living conditions. The report claimed, "If the current demographic trends persist, Jerusalem could become a minority-Jewish city as early as 2045."

It is important to point out that the U.S. moved its embassy from Tel Aviv to Jerusalem last year. This was a major move in support of Israel. The report highlighted that with President Donald Trump's support and the increasing alliance between Israel and the Gulf countries, "Israel is phasing in a plan that would consolidate Israel's rule over East Jerusalem territory west of the separation barrier."

In conclusion, the report underlined that these policies would harm the current situation in the city and "would harm hundreds of thousands of Palestinians in East Jerusalem, particularly the more than 100,000 Palestinians in areas Israel may excise, and present a perilous precedent for Israeli annex ambitions in the West Bank."