Funeral prayer in absentia held for Morsi at Al-Aqsa Mosque 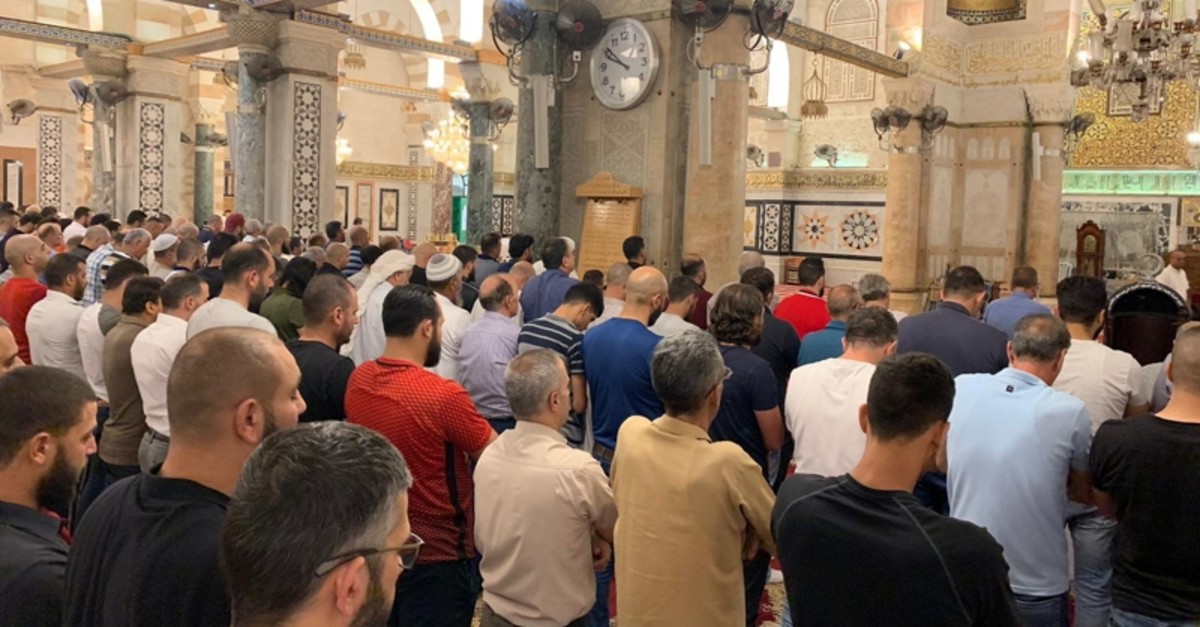 A funeral prayer in absentia was held at the Al-Aqsa Mosque for Egypt's first democratically elected President Mohammed Morsi, who died Monday during trial.

The funeral was held after isha, or the night prayers, at the mosque in occupied East Jerusalem's Old City.

Meanwhile, Palestinian resistance movement Hamas issued a statement thanking Morsi for his efforts "in serving the Palestinian cause" and his stance toward the Gaza Strip, following his sudden death.

The group, which governs Gaza, said Monday it remembers Morsi's "unforgettable and brave positions and his work to lift its siege."

Israel and Egypt imposed a blockade on the Palestinian enclave after Hamas took control in 2007. During Morsi's rule, Cairo eased travel and trade restrictions from its side significantly.

Turkey's Religious Affairs Directorate also announced that funeral prayers in absentia would be held Tuesday in mosques across the country to honor Morsi's life and his struggle.

Morsi collapsed in court during one of the trials and died Monday evening.
RELATED TOPICS