China warns US not to open 'Pandora's box' in Mideast 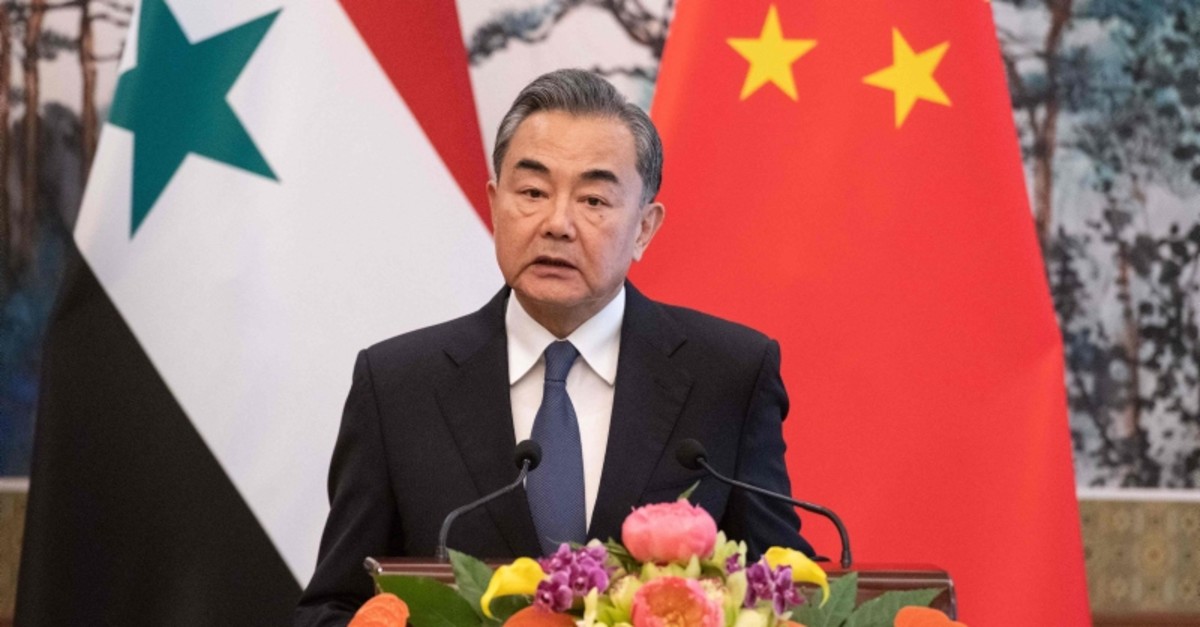 China on Tuesday warned against opening a "Pandora's box" in the Middle East after the United States announced the deployment of 1,000 additional troops to the region amid escalating tensions with Iran.

Foreign Minister Wang Yi also urged Tehran to not abandon the nuclear agreement "so easily" after Iran said it would exceed its uranium stockpile limit if world powers fail to fulfill their commitments under the agreement in 10 days.

The United States ratcheted up pressure on Iran Monday, announcing the deployment of additional troops to the Middle East and producing new photographs it said showed Tehran was behind an attack on a tanker ship in the Gulf of Oman last week.

"We call on all parties to remain rational and restrained, not to take any actions to provoke the escalation of tension in the region, and not to open a Pandora's box," Wang told reporters in Beijing during a joint press conference with visiting Syrian regime Foreign Minister Walid Muallem.

"In particular, the United States should change its practice of extreme pressure," Wang said.

Tensions between Tehran and Washington have escalated ever since the U.S. quit the nuclear deal and with Washington blacklisting Iran's elite Revolutionary Guards as a terrorist organization.

Wang urged Iran to "make prudent decisions" and not "so easily abandon" the deal that aims to keep Teheran's nuclear ambitions in check.

Iranian President Hassan Rouhani announced on May 8 that Iran would stop observing restrictions on its stocks of enriched uranium and heavy water agreed under the deal, a move he said was in retaliation for the unilateral U.S. withdrawal.

Iran has threatened to go even further in scaling down nuclear commitments by July 8 unless remaining partners to the deal -- Britain, China, France, Germany and Russia -- help it circumvent U.S. sanctions and especially enable it to sell its oil.

"China's determination to safeguard the comprehensive agreement has not changed," Wang said.

"We are willing to work with all parties to continue to make efforts for the full and effective implementation of the agreement."

Wang said China has also "worked closely" with all parties to reconstruct the Arak heavy water reactor at a nuclear plant in the southwest of Tehran.

On Syria, Wang told his visiting counterpart that China "firmly supports Syria's economic reconstruction" and its efforts to "combat terrorism."

Beijing has in the past teamed up with Moscow to veto any U.N. proposals to sanction the regime of Bashar Assad.

"China has always advocated that the Syrian issue should be resolved through political means," Wang said.