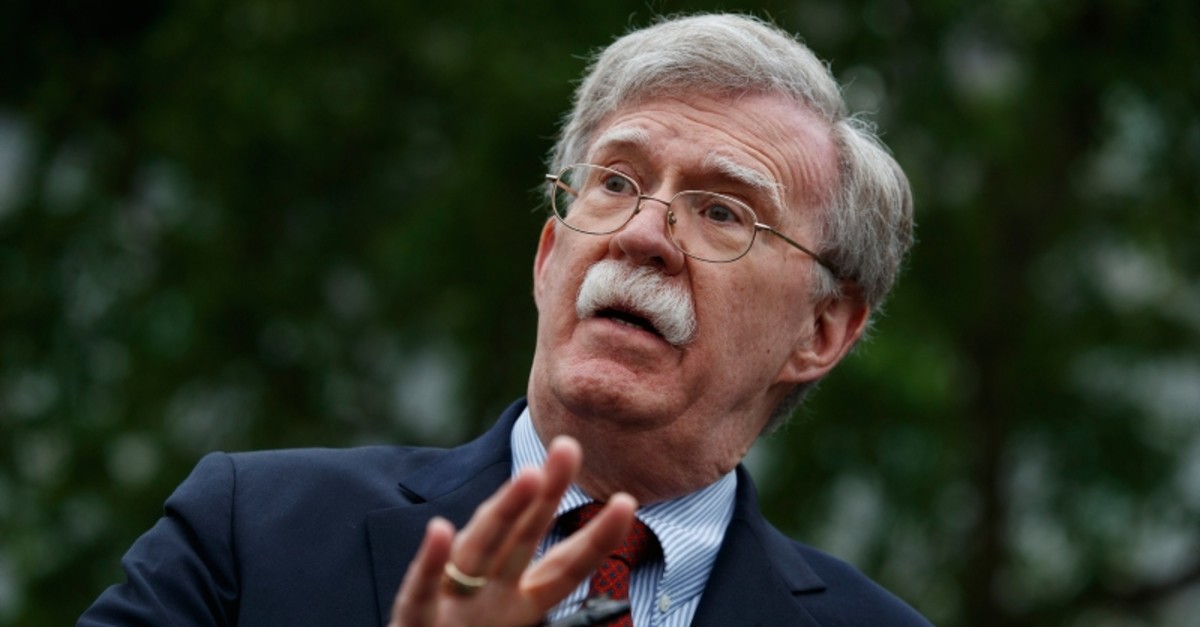 U.S. national security adviser John Bolton will travel to Israel at the weekend for "regional security talks" with top Russian and Israeli officials, the White House said Thursday amid spiking tensions with Iran.

Bolton will also meet with Israeli national security and atomic energy officials during the trip, Marquis said. The trip precedes a U.S-led conference in Bahrain on Tuesday and Wednesday on proposals for the Palestinian economy as part of a coming peace plan.

The announcement comes after Iran shot down a U.S. military drone it said was on a spy mission over its territory, but Washington said the aircraft was targeted in international air space in "an unprovoked attack."

It was the latest of a series of incidents in and around the strategic Strait of Hormuz that have sent regional tensions soaring.

The U.S. has accused Iran of attacks on shipping in the area, including suspected mine explosions on two tankers last week.

Adding to the uncertainty is Iran's threat to stop observing some restrictions on its nuclear program in retaliation for the U.S.' unilateral withdrawal last year from a 2015 nuclear agreement between Tehran and world powers.