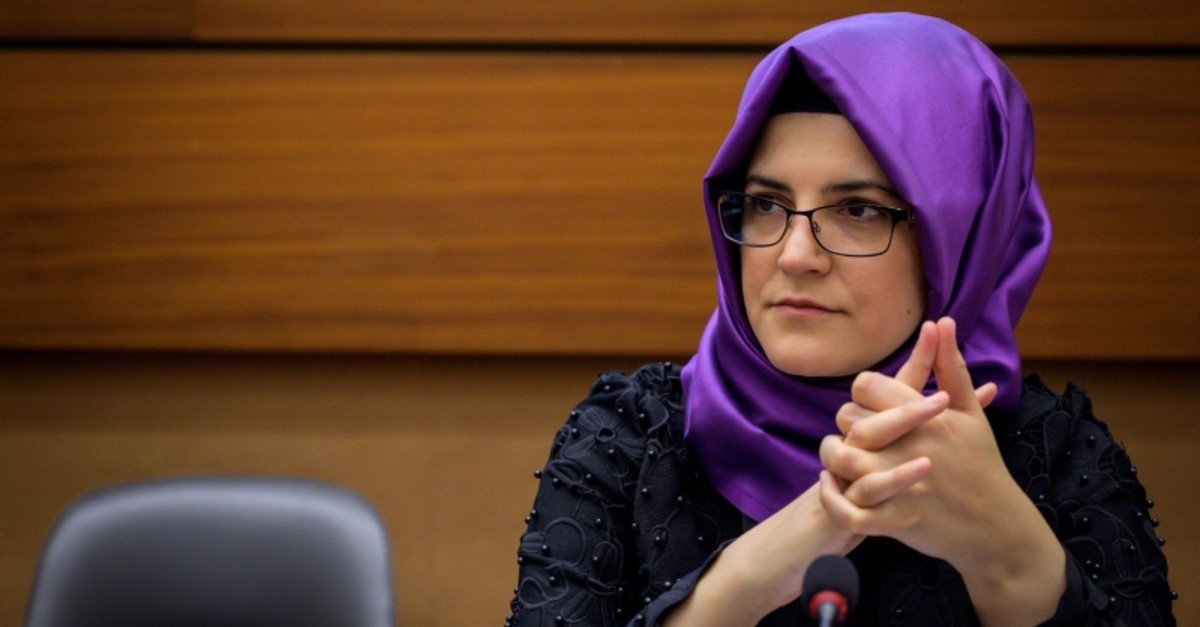 The fiancee of slain journalist Jamal Khashoggi took her campaign for justice in his killing to the United Nations' top human rights body Tuesday and urged the U.N. to take "the next step" following a key investigator's finding that Saudi Arabia bears responsibility.

Hatice Cengiz, a Turkish citizen, told a Human Rights Council event in Geneva about her grief over Khashoggi's Oct. 2 slaying at the Saudi Consulate in Istanbul when he went there to pick up a document for their marriage.

Cengiz said the possibility her fiancee might not really be dead haunts her because his body hasn't been found, compounding her loss with "an unbelievably different kind of trauma."

She appeared at a 90-minute council "side event" organized by Canada and hosted by advocacy group No Peace Without Justice. Cengiz provided one of several testimonials on the theme "Silencing Dissent."

Most of the speakers criticized alleged rights abuses in Saudi Arabia and the United Arab Emirates. Diplomats from Western nations and regional countries like Turkey and Qatar were in the audience.

In her testimony on Khashoggi's killing, Cengiz cited many of independent U.N. expert Agnes Callamard's findings, which were released last week in a 101-page report.

Speaking through a translator, Cengiz said the report needed to be acted upon and noted the crown prince may one day be Saudi Arabia's head of state.

"The report points to the fact that important Saudi officials, big officials, may have been involved," she said. "It says this should be pursued and it says that an international murder investigation should be opened."

Cengiz said the "international public" needs to exert pressure to ensure the case isn't forgotten "and the United Nations needs to take this to the next step."

During her comments at Tuesday's panel, Callamard, an academic and longtime human rights advocate, took up broader themes. She decried a trend of violence against journalists and others who speak truth to power.

"The targeted killings of journalists, human rights defenders, dissenters more generally, is on the increase," she said. "The most worrying pattern is that impunity for those killings and the continuation of those killings (has) not gone down."

Saudi Arabia is among the 47 member states of the Human Rights Council, which opened its three-week summer session Monday. Callamard was expected to present her report formally to the council on Wednesday, and the Saudi delegation is entitled to give a reply.