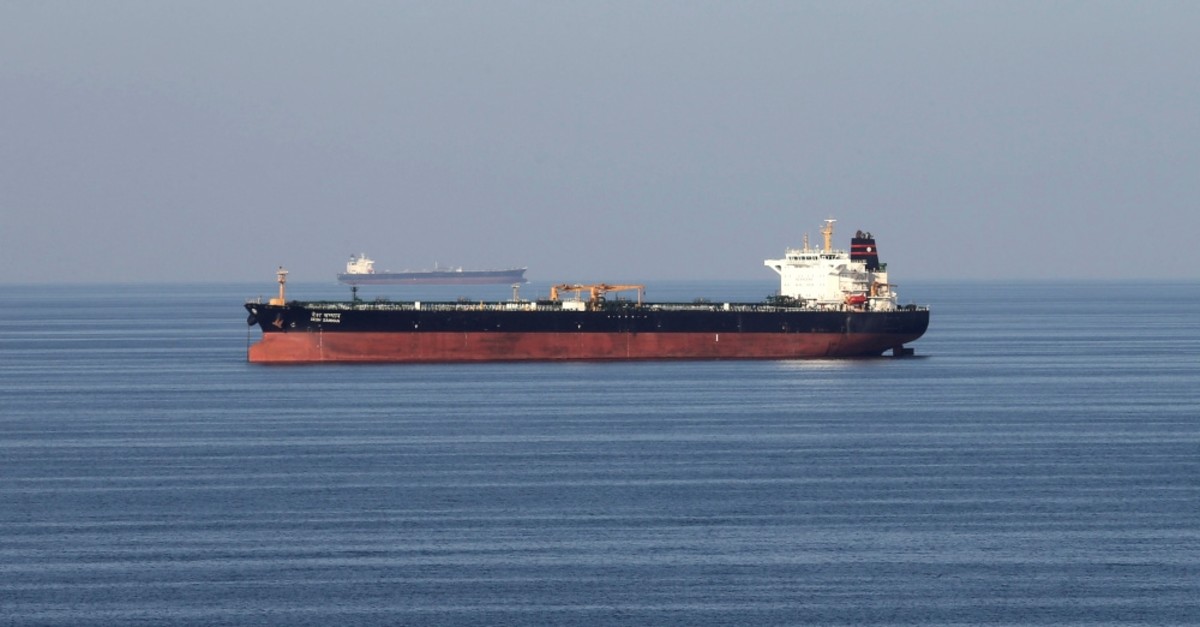 Tensions between Iran and the West have escalated since U.S. sanctions on Iranian oil exports took full effect in May, followed by the U.K.'s claim of Iran's alleged attempt to impede a British tanker

In a dramatic escalation of tensions with Tehran in the Gulf, the British government said Thursday three Iranian vessels unsuccessfully tried to impede the passage of a British commercial vessel through the Strait of Hormuz.

The incident in the narrow but busy Strait of Hormuz occurred on Wednesday after President Donald Trump ratcheted up his own administration's pressure even further by warning that sanctions against the Islamic Republic would be "increased substantially" soon.

CNN initially reported that Iranian boats attempted to seize the British tanker but were driven off by a Royal Navy frigate. The oil tanker British Heritage is operated by BP under an Isle of Man flag, according to shipping data.

In response to the U.K.'s claims, Iranian Foreign Minister Mohammad Javad Zarif dismissed the British report as "worthless," according to the semi-official Fars news agency. Iran's Revolutionary Guards, a vast and powerful security organization that the U.S. blames for staging several tanker attacks since May, denied trying to seize or impede the U.K. tanker. "There has been no confrontation in the last 24 hours with any foreign vessels, including British ones," the Revolutionary Guards said in a statement.

The episode adds further fuel to a volatile mix of brinkmanship and saber rattling in a region already unsettled by the Trump administration's nuclear standoff with the Islamic Republic. Tensions in the Gulf have been rising over recent weeks as Iran began to move away from the terms of a nuclear accord it struck with world powers in 2015 in protest at renewed U.S. sanctions, which have crippled exports of its key revenue earner, crude oil. The U.S. withdrew from the pact last year and reimposed and extended punitive sanctions on Iran, saying the original pact failed to curb Iran's missile programs or address U.S. concerns about its behavior in the Middle East.

Earlier this week, Iran's announcement of rising its uranium enrichment level beyond the 2015 nuclear deal limits triggered fears from Western countries. European powers took their first step on Wednesday towards punishing Iran for breaking its nuclear agreement, triggering the deal's mechanism to resolve breaches. Iran has said multiple times that even if it does pull out of the nuclear agreement, the country has no intention of developing nuclear weapons.

Meanwhile, Trump warned Wednesday that U.S. sanctions on Iran would be increased "substantially" soon, as the U.N. nuclear watchdog held an emergency meeting at Washington's request to weigh Tehran's breach of a nuclear deal.

In a further move to escalate tensions in the Gulf, the U.S. said it hopes to enlist allies over the next two weeks or so in a military coalition to safeguard strategic waters off Iran and Yemen, Marine Gen. Joseph Dunford, the chairman of the Joint Chiefs of Staff, said Tuesday.

Last month, Iran shot down a U.S. drone near the Strait of Hormuz, a vital shipping route linking Middle East oil producers with markets in Asia, Europe, North America and beyond. U.S. President Donald Trump aborted a retaliatory military strike, saying it could have killed 150 people, and signaled he was open to talks with Tehran without preconditions. The two sides have continued to trade barbs while saying they want to avoid war.