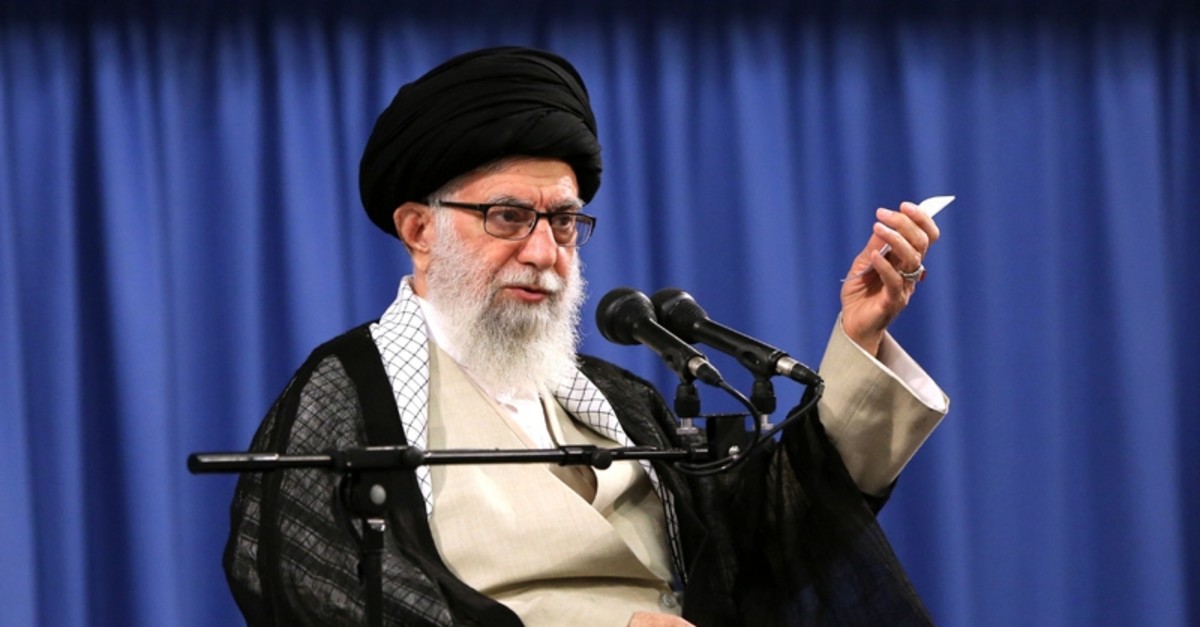 A handout picture provided by the office of Iran's supreme leader Ayatollah Ali Khamenei shows him addressing a ceremony with Iranian clerics in the Iranian capital Tehran, on July 16 2019 (AFP Photo)
by Jul 16, 2019 3:20 pm

Iranian Supreme Leader Ayatollah Ali Khamenei has threatened London with consequences over an oil tanker seized in the British territory of Gibraltar.

"These malicious Brits are stealing our ship, engaging in piracy and trying to portray it as legal ... it will not be without a response," Khamenei said on Tuesday.

The authorities in Gibraltar and the British Royal Navy seized the supertanker Grace 1 in the territory on the southern tip of Spain at the entrance to the Mediterranean last week on suspicion of illegal oil shipments to Syria in violation of international sanctions.

The captain and three other members of the crew were temporarily detained, but have now been released.

Iran protested, calling in the British ambassador several times and demanding that the ship be allowed to continue its journey immediately.

The Supreme Court in Gibraltar, however, ordered that the ship should not be allowed to sail again until at least July 21.

There were signs of detente at the weekend: British Foreign Secretary Jeremy Hunt offered the prospect of the vessel being released by the authorities in the British Overseas Territory should Iran assert that the cargo is not destined for Syria.