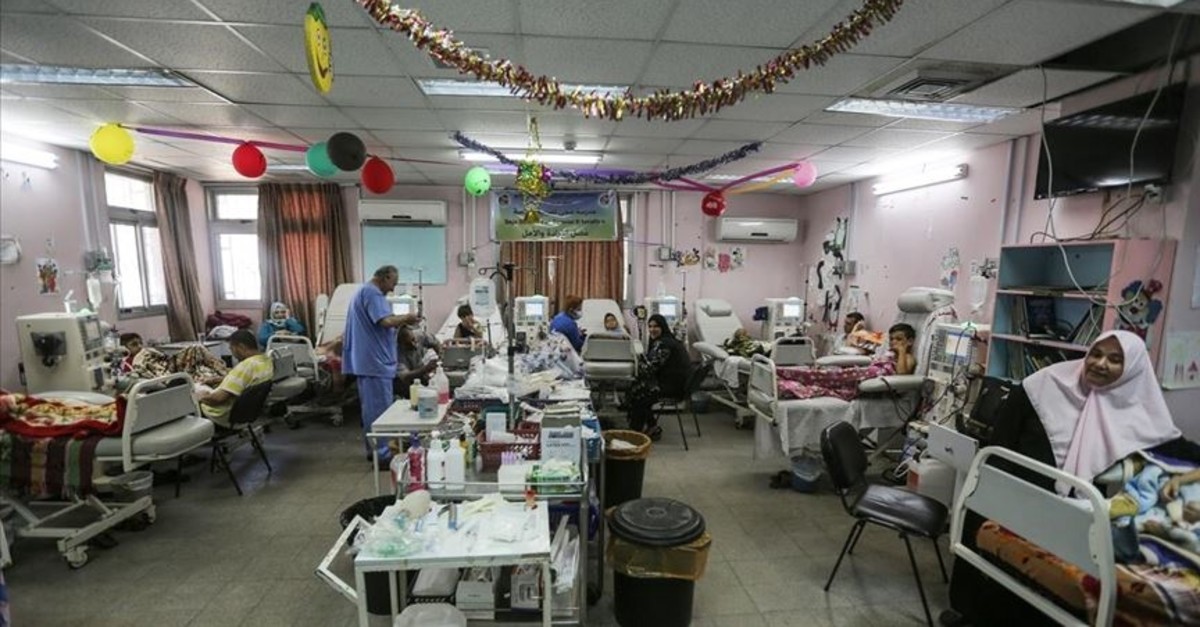 Living under more than 12 years of Israeli siege, Gazans have been left unable to access basic medical care.
by Daily Sabah with AA Jul 19, 2019 12:07 am

In a deepening humanitarian crisis in the besieged enclave, Palestinians are facing an unprecedented shortage of essential medicine and medical supplies, the Gaza Health Ministry has warned

The Palestinian Ministry of Health in Gaza stressed that a huge humanitarian crisis is taking place in the Gaza Strip under the Israeli blockade, with hundreds of patients in danger due to growing medicine shortages. "The medical crisis in hospitals and health centers has been the most difficult during the years of the Israeli siege on the Gaza Strip," the report said.

"Only a $10 million budget was available for medicine and medical supplies during the first half of this year. However, this number only corresponds to half of the total budgetary amount needed to fully satisfy the medical needs during a six-month period," the statement said, also mentioning that the ministry's annual requirement of medication and medical supplies amounts to $40 million.

The ministry pointed out that at least 50 percent of the patients in Gaza are deprived of treatment due to delays in responding to their needs. It also urged all parties to take effective and urgent emergency measures concerning medicine shortages, especially medication affiliated with blood and kidney diseases, neurological and psychological drugs and medication used in the treatment of pregnant women and children.

Israel's long-lasting blockade creates serious obstacles for Gazans to attain a variety of medical supplies. The humanitarian situation in the occupied Palestinian territories has deteriorated further as hospitals struggle to cope with high casualties since protests on the Gaza-Israel border began last year. Gaza's health system of 13 public hospitals and 14 clinics, run by nongovernmental organizations (NGOs), buckled under persistent blockade-linked shortages of medicine and surgical supplies.

Israel controls all access to and from the Gaza Strip apart from the Palestinian enclave's crossing with Egypt. Hamas is in power in the strip and has fought three wars with Israel since 2008. Under an Israeli blockade for more than 10 years, Gaza lacks infrastructure and key medical equipment. Many patients seek to travel elsewhere for treatment.

As part of a growing humanitarian crisis in the besieged enclave, scores of Palestinians have long demonstrated against high unemployment rates in the Gaza Strip. With poverty rampant and unemployment high, many of its 2 million residents depend on services provided by the U.N. Relief and Works Agency for Palestine Refugees in the Near East (UNRWA).

The World Bank last year warned that the Gaza economy was in "free fall," calling on Israel and the international community to take immediate action to avoid the "immediate collapse" of the Palestinian territory. According to the bank, unemployment is now over 50 percent and over 70 percent among Gaza's youth.