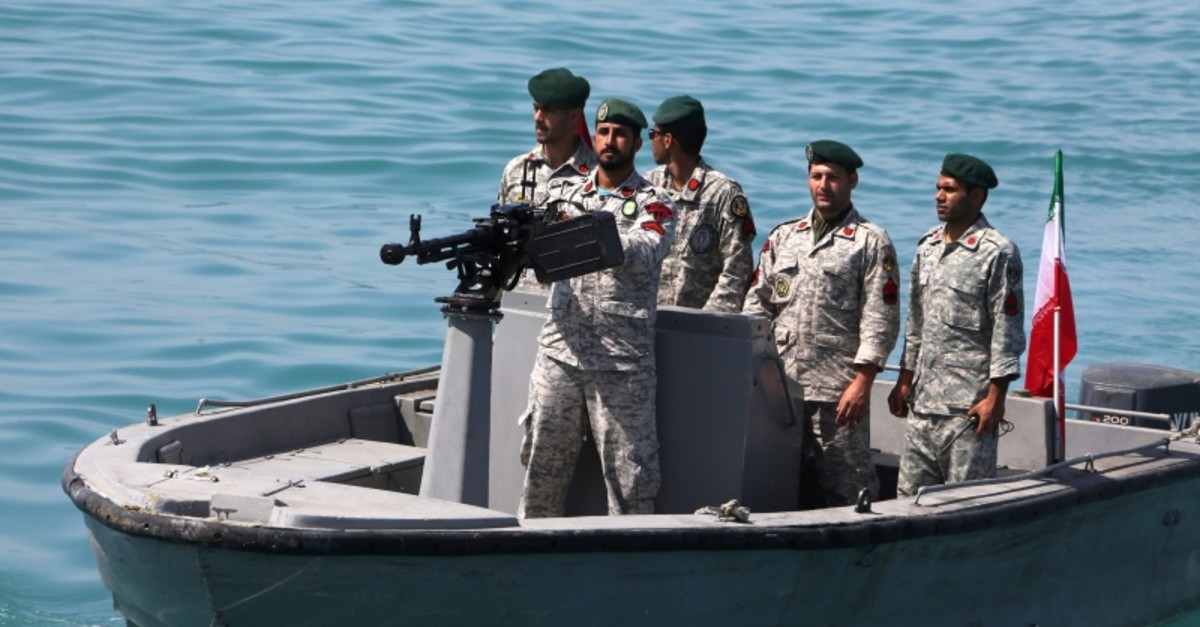 Iran said its forces seized an Iraqi foreign oil tanker in the Gulf that was smuggling fuel to Arab states and has detained seven crewmen, the official IRNA news agency reported on Sunday.

The vessel was intercepted near Iran's Farsi Island in the Gulf, Iran's semi-official Fars news agency said. Lebanon's al-Mayadeen TV station reported that it was seized on Wednesday.

It was carrying 700,000 liters of fuel, he said. Seven crewmen of different nationalities were detained.

"The seizure of the oil tanker was in coordination with Iran's judiciary authorities and based on their order," Fars quoted him as he as saying.

Iraq's oil ministry however said on Sunday it has no connection with the tanker, Iraqi News Agency reported.

"The ministry does not export diesel to the international market," the ministry said in a statement.

Tensions have risen between Iran and the West since last year when the United States pulled out of an international agreement which curbed the Tehran's nuclear program in return for an easing of economic sanctions on Iran.

In July, British forces seized an Iranian oil tanker near Gibraltar, accused it of violating sanctions on Syria.

Then Iran seized a British tanker in the Strait of Hormuz for alleged marine violations. It allowed a second one to proceed after issuing a warning.

Describing the seizure of the Stena Impero in the Strait of Hormuz as illegal, Britain has rejected the idea that it could release the Iranian tanker in exchange for the British-flagged vessel seized by the Revolutionary Guards.

Fears of a Middle East war with global repercussions have risen since Trump withdrew from the nuclear deal and revived a panoply of sanctions meant to push Tehran into wider security concessions.

Iran has retaliated by resuming uranium enrichment seen in the West as a potential conduit to developing an atom bomb. But it faces severe economic damage under intensified U.S. sanctions designed to strangle its vital oil trade.

After several attacks in May and June on oil tankers - blamed by Washington on Tehran, which denied responsibility - Trump has been trying to forge a military coalition to secure Gulf waters, though European allies have been loath to join for fear of provoking open conflict.

European parties to the deal - Britain, France and Germany - have instead appealed for diplomatic moves to defuse the crisis and have been trying to salvage the pact by exploring ways to shield Iran's economy from U.S. sanctions.

Tehran has called on them to accelerate their efforts or it will further decrease its commitments to the agreement.

Britain said on July 25 that it had started sending a warship to accompany all British-flagged vessels through the Strait of Hormuz.

Iran's Revolutionary Guards Corps has seized a foreign oil tanker in the Gulf that was smuggling fuel to some Arab states, Iran's state TV reported, adding that seven sailors onboard of the tanker had been detained.

"The IRGC's naval forces have seized a foreign oil tanker in the Persian Gulf that was smuggling fuel for some Arab countries," TV quoted IRGC commander Ramezan Zirahi as saying.

"It carried 700,000 liters of fuel. Seven sailors onboard of the tanker, who are from different nationalities, were detained."

Last month, Iran seized a British tanker in the Strait of Hormuz for alleged marine violations and allowed a second one to proceed after issuing a warning.