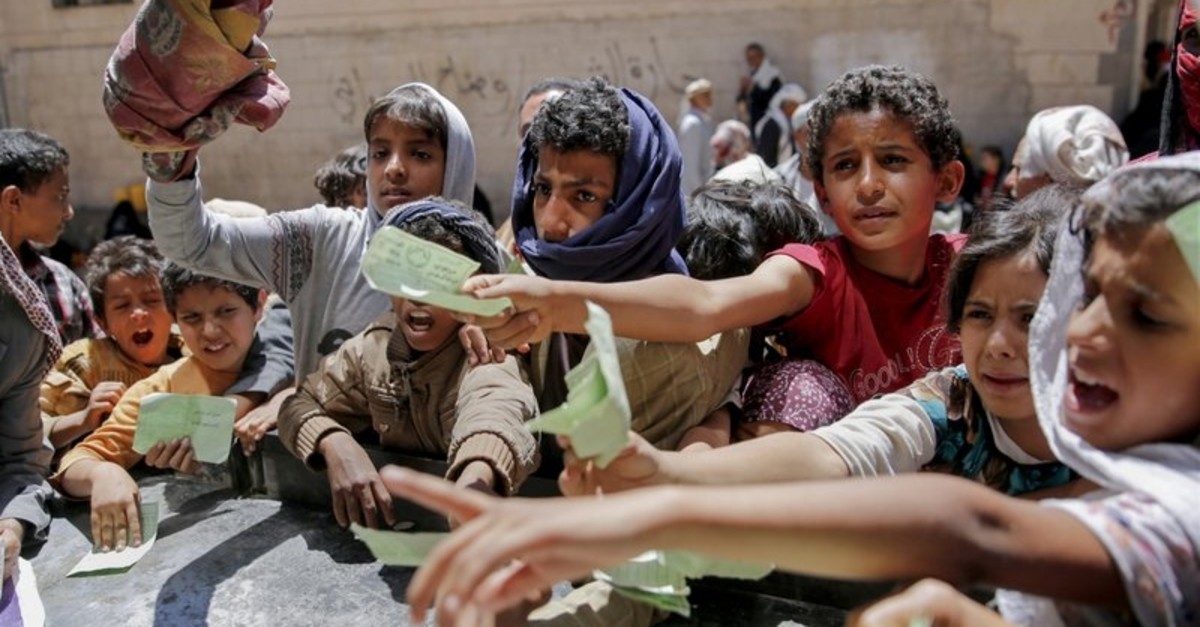 The U.N. food agency on Sunday said it reached an agreement with Yemen's rebels to resume food deliveries to rebel-controlled parts of the country after suspending the aid for over a month.

The partial suspension of aid to the capital, Sanaa, began in June amid accusations that the rebels, known as Houthis, were diverting the food from the hungriest people in the war-torn country, which has been pushed to the brink of starvation.

The suspension affects 850,000 people in Sanaa, where the World Food Program says the bulk of the looting takes place. The Houthis, who have controlled the capital since 2014, denied the charges and accused the WFP of sending spoiled food.

The agency said some of the food that was held for long periods of time in rebel-controlled areas had indeed gone bad.

WFP spokesman Herve Verhoosel told The Associated Press that the agreement to resume food deliveries was "an important step towards safeguards that guarantee the accountability of our humanitarian operation in Yemen."

Verhoosel did not detail the provisions of the deal or when the agency would resume aid deliveries. He said the two sides were working out technical details, which they "hope can be agreed in the coming days."

In July, WFP Executive Director David Beasley had said the agency would be ready to get food back to Sanaa "within days" of the signing.

Rebel leader Mohammed Ali al-Houthi, head of the Supreme Revolutionary Council of the Houthis, said the deal was signed Saturday.

He said they would start "distributing cash soon" according to the WFP mechanism. He did not provide details.

A Saudi-led coalition allied with Yemen's government has been at war with the Houthis since 2015, and has imposed a blockade on ports that supply Houthi-controlled areas.

Some observers have attributed the near-famine conditions in much of the country to the coalition's blockade. An AP investigation late last year found that large amounts of food are making it into the country, but once there, the food often isn't getting to people who need it most — raising questions about the ability of U.N. agencies and other big aid organizations to operate effectively in Yemen.

The U.N. calls Yemen the world's worst humanitarian crisis. Millions have fled their homes, and the U.N. has said 80 percent of Yemen's population — more than 24 million people — need aid, including 10 million who rely on food aid.

The fighting has killed tens of thousands of Yemenis, with Saudi-led airstrikes blamed for many civilian deaths. The Houthis, meanwhile, have used drones and missiles to attack Saudi Arabia and have targeted vessels in the Red Sea.

A top U.N. official recently said the war has knocked Yemen back 20 years in terms of development and access to education.

In recent days, the warring sides met on a U.N. vessel to discuss redeployment of forces from the flashpoint port city of Hodeida, the main entry point for humanitarian aid to Yemen.

Under a December cease-fire agreement, both sides were to withdraw their forces from Hodeida. The withdrawals are considered an important first step toward ending the civil war.

But a lack of trust between the belligerents has hampered agreement on details. Each side has accused the other of violating the cease-fire, and the government rejected as a "farce" the Houthis' claims to have redeployed their forces in May from Hodeida's ports.