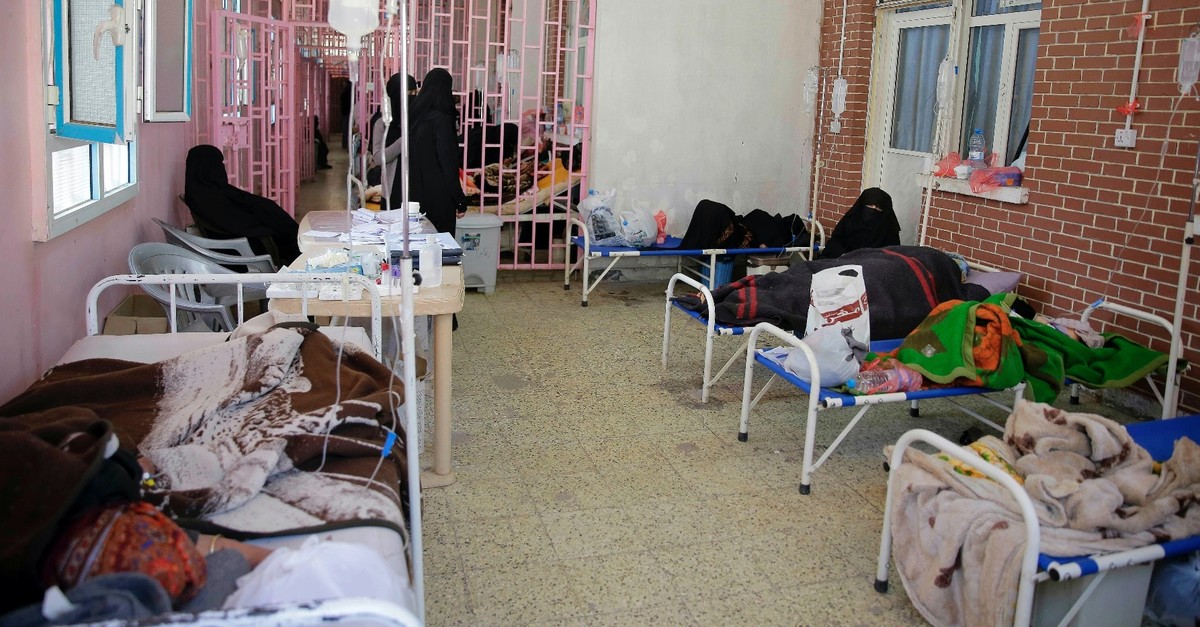 The Saudi-led coalition's closure of the airport in Yemen's capital, Sanaa, has prevented thousands of sick civilians from traveling abroad for urgent medical treatment, two international aid groups said in a joint statement. According to the Norwegian Refugee Council and CARE, the Sanaa airport's three-year closure has amounted to a "death sentence" for many sick Yemenis. The two groups appealed late Monday to Yemen's warring parties to come to an agreement to reopen the airport for commercial flights to "alleviate humanitarian suffering caused by the closure."

"As if bullets, bombs and cholera did not kill enough people, the airport closure is condemning thousands more to a premature death," said Mohammed Abdi, the Norwegian Refugee Council's director in Yemen. "There is no justification for preventing very sick civilians from leaving the country to get life-saving medical treatment," he added.

Saudi Crown Prince Mohammed bin Salman, who is the former Saudi defense minister, and Saudi Arabia's allies launched Operation Decisive Storm in March 2015. The ongoing war has resulted in the worst humanitarian crisis in the world, with an estimated 24 million people, close to 80% of the population, in need of assistance and protection in Yemen, according to the U.N.

The World Health Organization (WHO) says some 10,000 people have been killed since the coalition intervened in 2015, but rights groups state the death toll could be five times higher. Amid a series of international warnings, continuing military support from Western countries, which includes arms sales, for the Saudi-led coalition has prompted further fears of escalation of the humanitarian crisis in the country. The coalition led by Saudi Arabia and the United Arab Emirates (UAE) has been using weapons produced in Europe and the U.S. to kill and wound hundreds of civilians in Yemen, according to a report released by a Yemen-based human rights group last month.

The U.N. Human Rights Office said on Tuesday that at least 14 civilians were killed in a July 26 attack on a market in the northern province of Sadaa, which borders Saudi Arabia. And in the past 10 days, at least 19 civilians died from fighting in different parts of Yemen. Also, terrorist groups appear to have stepped up attacks in Yemen, the U.N. rights office said. Al-Qaida's branch in Yemen and the country's Daesh affiliate have profited from the chaos of the civil war.

The Saudi-led coalition is continuing to target residential areas, with the latest U.N. report showing that 729 Yemeni children were killed or injured during 2018. Save the Children reported in March that 37 Yemeni children a month had been killed or injured by foreign bombs in the last year. Many atrocities have been reported so far, which have revealed multiple violations of human rights.