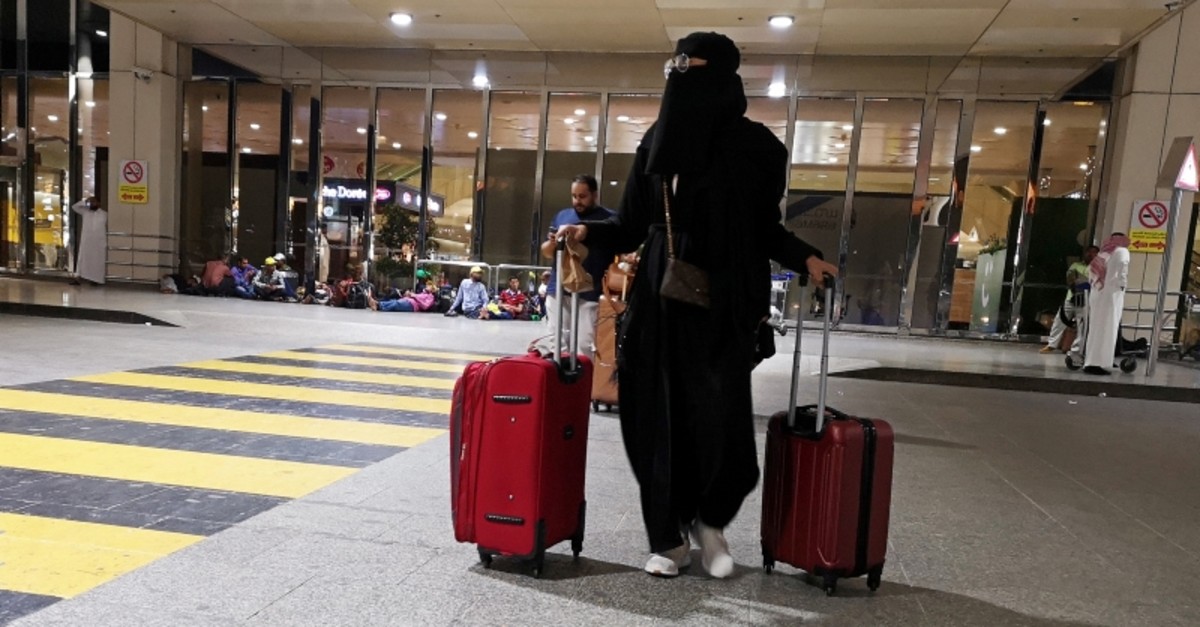 A Saudi woman walks with her luggage as she arrives at King Fahd International Airport in Dammam, Saudi Arabia, August 5, 2019. (Reuters Photo)
by Compiled from Wire Services
Aug 20, 2019 7:47 pm

"The passports and civil status departments and their branches in all regions of the kingdom have started to implement the amendments stipulated in the royal decree," the report said, citing an interior ministry source.

Under the kingdom's guardianship system, women essentially relied on the "good will" and whims of male relatives to determine the course of their lives. There were cases, for example, of young Saudi women whose parents are divorced, but whose father is the legal guardian, being unable to accept scholarships to study abroad because they did not have permission to travel.

Saudi women fleeing domestic abuse and the guardianship system occasionally drew international attention to their plight, as 18-year-old Rahaf al-Qunun did before Canada granted her asylum. The stories of runaway women have created a flurry of negative headlines for the kingdom.

To leave the country, some Saudi women say they had to hack into their father's phone and change the settings on a government app to allow themselves permission to leave the country. There were calls in Washington for Google and Apple to block access to the app entirely.

In a lengthy study of Saudi male guardianship laws in 2016, Human Rights Watch criticized it as "system that was ripe for abuse."