Qatar, Saudi Arabia rift in a new stage over Somalia 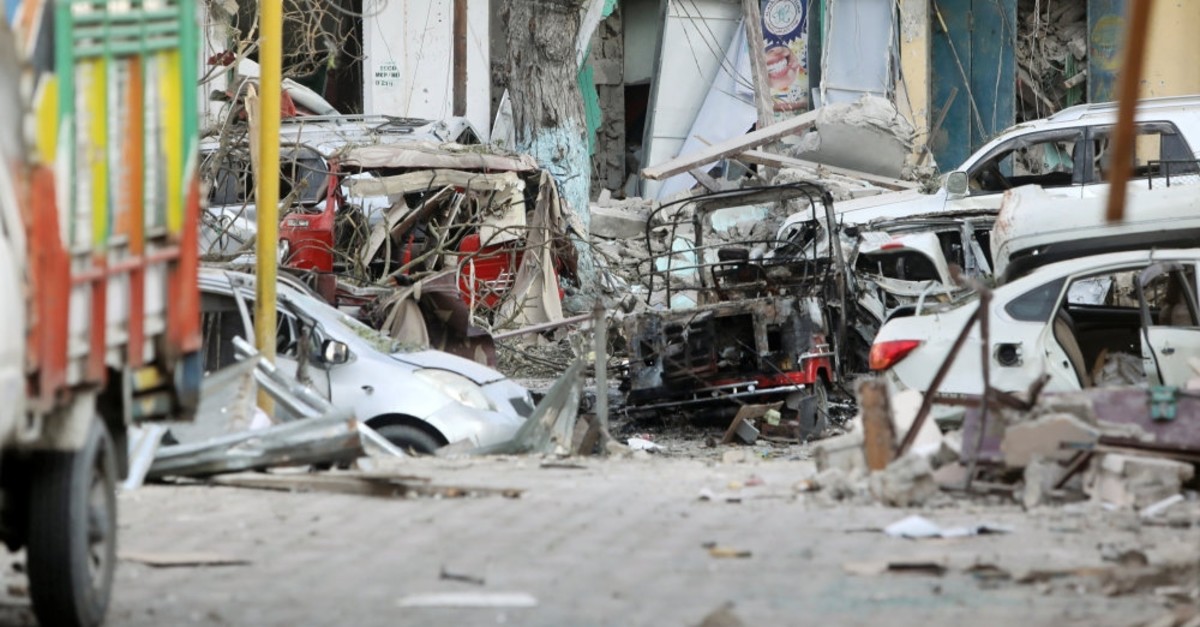 Damaged cars are seen at the scene where a suicide car bomb exploded in Maka Al Mukaram street in Mogadishu, Somalia March 1, 2019.
by Yusuf Selman İnanç
Aug 23, 2019 12:08 am

While Qatar declared it would build a new seaport in Somalia, Saudi Arabia has recognized the autonomous Somaliland's passport, a move that may deepen instability in the country

Saudi Arabia and Qatar engaged in a diplomatic war last year when the former imposed an embargo on the latter, attempting to cut its ties with the outside. In addition to the existing confrontations between the two Gulf countries, now the two countries are locked in another power struggle. This time it is over Somalia. While Saudi Arabia has de facto recognized Somaliland, a tiny region within Somalia, Qatar has increased its financial and infrastructural aid for Somalia. Qatar and Saudi Arabia are in a deep rift for several reasons. Saudi Arabia has been accusing Qatar of aiding the Muslim Brotherhood across the Middle East and North Africa. The Saudi kingdom considers the group a terror organization.

In Egypt, Qatar had been backing Egypt's first democratically elected president, Mohamed Morsi, who died in June in court during a trial. Morsi's Muslim Brotherhood-affiliated party was closed after a bloody coup that took place in July 2013 and was led by incumbent president, Abdel-Fattah el-Sissi.

Meanwhile, Qatar has been supporting Hamas and investing in Gaza. However, Saudi Arabia, which has improved its ties with Israel in the last few years over an alliance against Iran, believes Hamas has ties with both Iran and the Muslim Brotherhood.

Saudi Arabia considers Iran the biggest national security threat in the region and has forced some countries, which are in need of financial aid provided by Riyadh, to oppose Tehran. Yet, Qatar has rejected cutting its ties with Iran and has been following a more balanced path against Tehran.

Now, Somalia has become another place where the two countries are in a race to increase their influence. Somalia, which has suffered from civil war, foreign intervention, natural disasters, famines and droughts needs financial aid for development and with combating the extremist Al-Shabab group. However, there are two autonomous regions within the country: Somaliland and Jubaland. Both regions are, in the end, willing to separate themselves from the central government.

Qatar has tried to consolidate the central government. It has declared that it plans to build a new seaport in Hobyo, a potentially strategic city. The seaport will be very close to Bab-el-Mandeb Strait, which is one of the most significant sea crossing points in the region, with the potential for access to international markets. The port will "contribute to opening new horizons of cooperation between the two countries," and foster Somalia's commercial potential in East Africa, said Qatar's Ministry of Foreign Affairs in a statement last week. Immediately after the declaration of the port project, Saudi media outlets started accusing Qatar of financing terror in Somalia and exposing its resources.

In response, Saudi Arabia officially recognized Somaliland's passport. The president of Somaliland, Muse Bihi, visited Saudi Arabia before Qurban Bayram (Eid al-Adha) and received an official welcome for the first time. For the pilgrimage, Saudi Arabia accepted the Somaliland passport in lieu of Somali passports. This move may worsen the already fragile stability in the country as Saudi Arabia, one of the biggest importers of the country's livestock, will be recognizing the autonomous region as an independent one.