Iran's Rouhani says no talks with US unless sanctions lifted 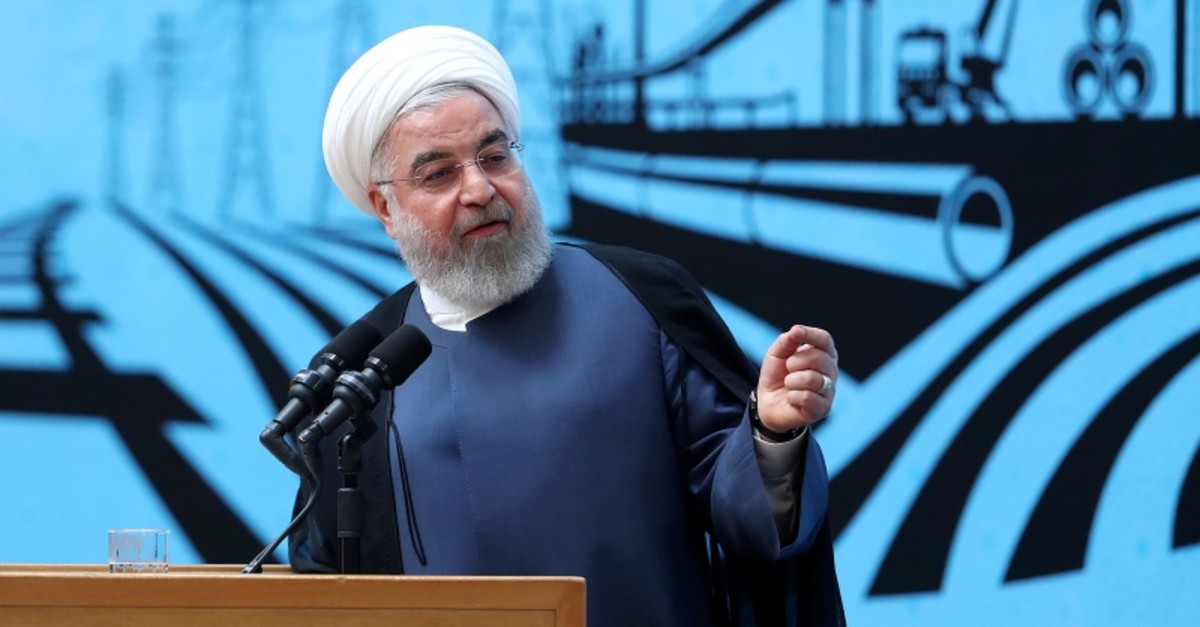 In this photo released by the official website of the office of the Iranian Presidency, President Hassan Rouhani speaks in a conference in Tehran, Iran, Monday, Aug. 26, 2019. (Iranian Presidency Office via AP)
by Compiled from Wire Services Aug 27, 2019 10:21 am

Iran's president has back-pedaled on possible talks with Donald Trump and now says the U.S. president first must lift sanctions imposed on Tehran.

Hassan Rouhani said Tuesday that otherwise, a meeting between the two would be just a photo op and "that is not possible."

Rouhani's change of heart came a day after Trump said Monday there's a good chance the two could meet after a surprise intervention by French President Emmanuel Macron during the G-7 summit to try to bring Washington and Tehran together.

Rouhani says that "without the U.S.'s withdrawal from sanctions, we will not witness any positive development." He added that Washington "holds the key."

Earlier on Monday, Rouhani expressed readiness to negotiate a way out of the crisis following America's pullout from the nuclear deal.

Speaking at a G-7 summit in the French resort of Biarritz, Trump ruled out lifting economic sanctions to compensate for losses suffered by Iran. European parties to the deal have struggled to calm the deepening confrontation between Iran and the U.S. since Trump pulled Washington out of the 2015 nuclear deal with world powers and reimposed sanctions on the Iranian economy.

Iran has scaled back its commitments under the pact in retaliation to U.S. sanctions.

"We will continue to scale back our commitments under the 2015 deal if our interests are not guaranteed," said Rouhani in a speech broadcast live. "Tehran has never wanted nuclear weapons." Trump and Rouhani are both due to attend the United Nations General Assembly in September.