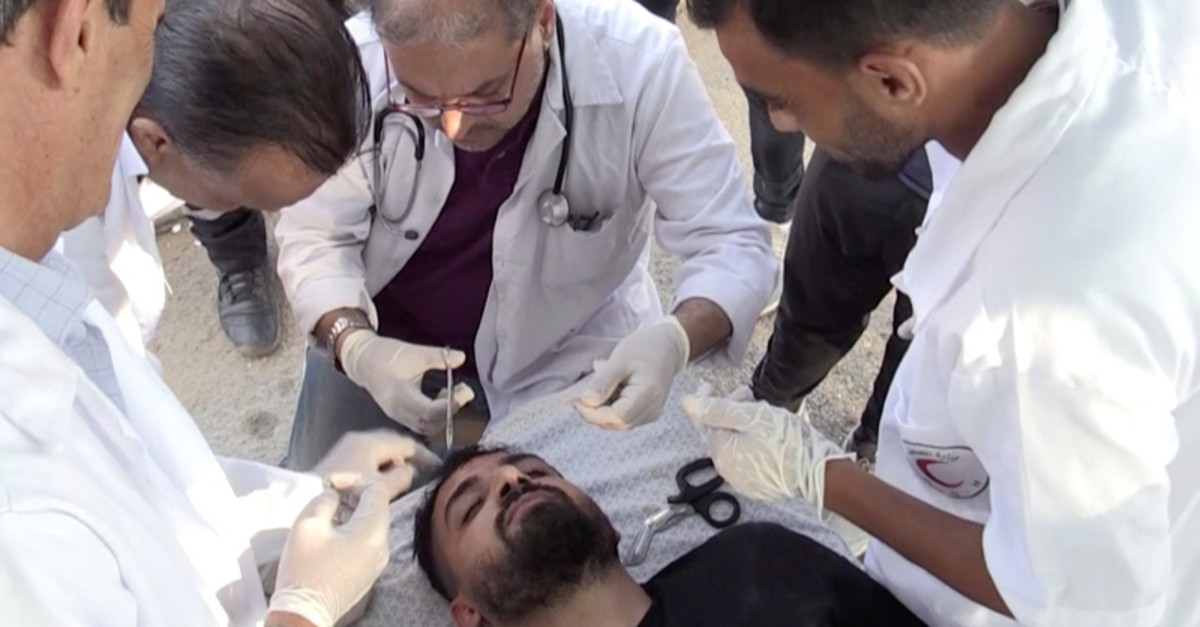 Israeli troops on Friday injured an Anadolu Agency photojournalist when he was covering peaceful rallies in Gaza Strip.

Ali Jadallah, who was hit by a rubber bullet on his forehead, was taken to a local hospital.

Previously, Jadallah was injured after being hit by a tear gas canister on his chest while covering a protest in eastern Gaza on May 25, 2018. He was also injured during the protests on March 22, 2019.

Since the Gaza rallies began in March last year, nearly 270 protesters have been martyred -- and thousands more wounded -- by Israeli troops deployed near the buffer zone.

Demonstrators demand an end to Israel's 12-year blockade of the Gaza Strip, which has shattered the coastal enclave's economy and deprived its two million inhabitants of many basic amenities.