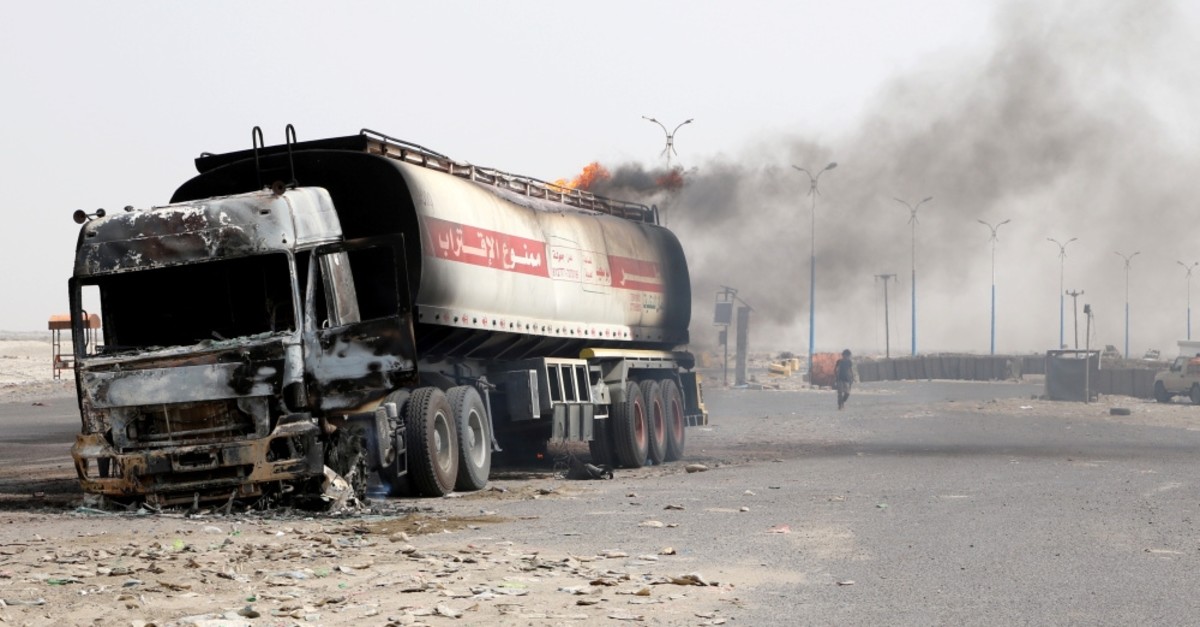 As Yemen's southern separatists continue to advance against the U.N.-recognized government, deadly bombings are likely to further strain relations between Riyadh and Abu Dhabi

The United Arab Emirates (UAE) confirmed that it launched airstrikes on Yemen's interim capital Aden, after the Saudi-led coalition backing the Yemeni government accused the Gulf state of killing scores of its troops in bombing raids.

The latest round of accusations between the UAE and Saudi Arabia risk straining an already complex conflict in war-torn Yemen. Yemen's five-year-long war has become more complicated and multi-partied in contrast to the beginning of the war. In the first years, there were the Iranian-backed Shiite Houthi rebels who were challenging the authority of the internationally recognized government. After the Saudi Arabia-led coalition got involved, more lives were claimed but any attempt at a lasting truce failed. Now, Yemen is now split along two fronts after years of conflict that has left tens of thousands of people dead and pushed the country to the brink of famine. On one front, southern forces and the government, backed by a Saudi-led coalition, are both battling the Houthis who are aligned with Riyadh's archfoe Iran. On the other, the so-called Security Belt Forces, dominated by the UAE backed-separatist Southern Transitional Council (STC), are fighting to regain the south's independence. On Friday, three separatist fighters were killed in a suicide bombing in Aden, the first such attack since Yemeni government forces were expelled from the southern city on Aug. 10.

tists seized control of government military bases and the Port of Aden, one of the most strategic positions in the country, earlier this month, fracturing the alliance battling the Iran-aligned Houthi group and complicating U.N. peace efforts to end the war. President Abed Rabbo Mansour Hadi's government accused the UAE of staging an "armed rebellion." The UAE is a major partner in a Saudi-led military campaign that is supporting Yemen's internationally recognized government against Iran-allied Houthi rebels, who are in control of the capital Sanaa. But ties between the Yemeni government and the UAE have soured recently.

Fighting over the past four years has already claimed tens of thousands of lives and sparked what the U.N. calls the world's worst humanitarian crisis. "The situation is very fragile. Families are again trapped in their homes by fighting, unable to secure food and reach medical care," the U.N. humanitarian coordinator in Yemen, Lise Grande, said of the recent battle for the south. The U.N. Security Council on Thursday voiced concern over the clashes, including what it called a "violent attempt to take over state institutions." It urged all parties to "show restraint and to preserve Yemen's territorial integrity."