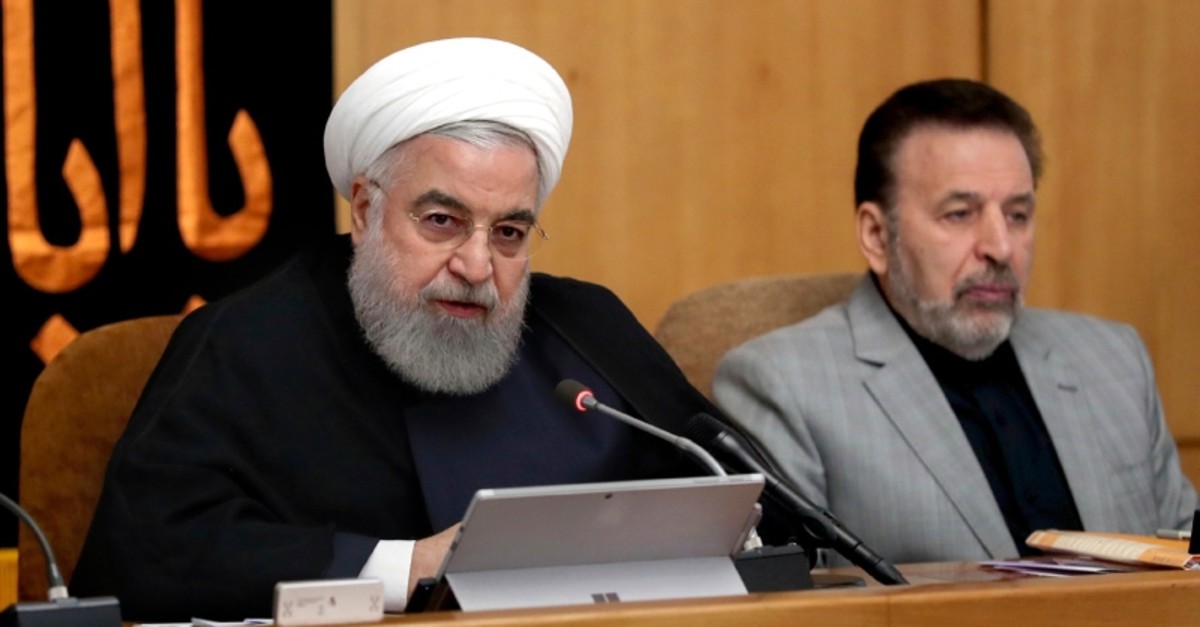 In this photo released by the office of the Iranian Presidency, President Hassan Rouhani speaks in a cabinet meeting in Tehran, Iran, Wednesday, Sept. 4, 2019. (AP Photo)
by Compiled from Wire Services
Sep 04, 2019 10:56 pm

Iran will from Friday begin developing centrifuges to speed up the enrichment of uranium, as the next step in scaling back its nuclear commitments, President Hassan Rouhani said on Wednesday.

Under its 2015 nuclear agreement with world powers, Iran was allowed to keep restricted quantities of first-generation centrifuges at two nuclear plants.

But the successful development of more advanced centrifuges would enable it to produce material for a potential nuclear bomb several times faster.

"From Friday, we will witness research and development on different kinds of centrifuges and new centrifuges and also whatever is needed for enriching uranium in an accelerated way," Rouhani said a televised speech.

"All limitations on our Research and Development will be lifted on Friday."

Iran says it is only enriching uranium to fuel nuclear power plants.

Rouhani also said Iran would take all necessary steps to protect its rights and interests, and called the centrifuge development the "third step" in scaling back its commitment to the nuclear deal.

The agreement lifted economic sanctions in 2016 in exchange for Iran agreeing to circumscribe its nuclear activities. The United States quit it last year and re-imposed sanctions.

It allowed Iran to keep 1,044 first-generation centrifuges at its Fordow uranium enrichment plant and operate another 5,060 of a similar type for 10 years at a second nuclear plant at Natanz.

Also under the deal, Tehran can continue to conduct enrichment Research and Development (R&D) without accumulating enriched uranium, including work with certain types of advanced centrifuges.