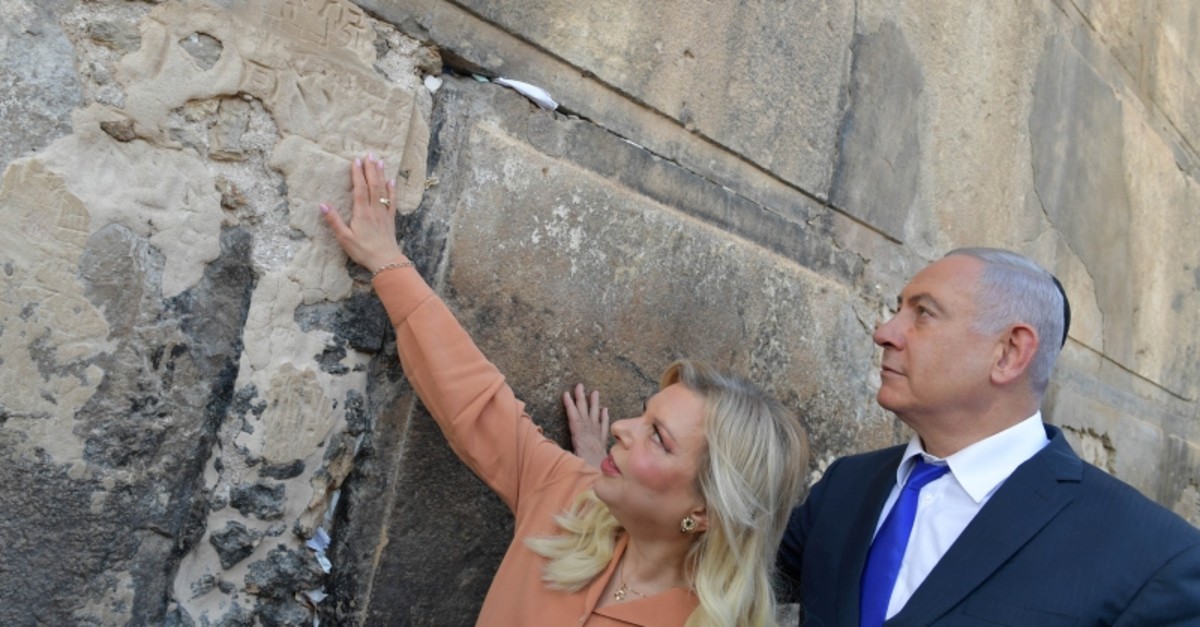 Israeli Prime Minister Benjamin Netanyahu, said on Wednesday that the West Bank city of Hebron (Al-Khalil) "will never be empty of Jews".

Making his first visit to Hebron or Al-Khalil since 1998, Netanyahu said Jews will remain in the city forever.

"Hebron will never be empty of Jews. We are not strangers in this city, we will remain here forever," he said.

Nestled in the Judaean Mountains, the city houses burial place of Prophet Abraham.

Netanyahu visited the city to commemorate the 90th anniversary of the events of 1929, during which some 60 Jews were killed.

The events took place during to what later known as the "Buraq" revolution, which broke out in protest against the Judaization of Palestine by Britain, and the Zionist movement, which promoted Jewish immigration to Palestine with a view to establishing a Jewish state there.

A statement issued by the Palestinian Ministry noted that the visit has come, at a time when Netanyahu is seeking votes from the right wing for the elections, scheduled on Sept. 17.

After the massacre of 29 Palestinian worshippers inside the Ibrahim mosque in 1994, by extremist Jewish settler Baruch Goldstein, Israeli authorities, divided the mosque complex between Muslim and Jewish worshippers.

Al-Khalil is home to roughly 160,000 Palestinian Muslims and about 500 Jewish settlers. The latter live in a series of Jewish-only enclaves, heavily guarded by Israeli troops.