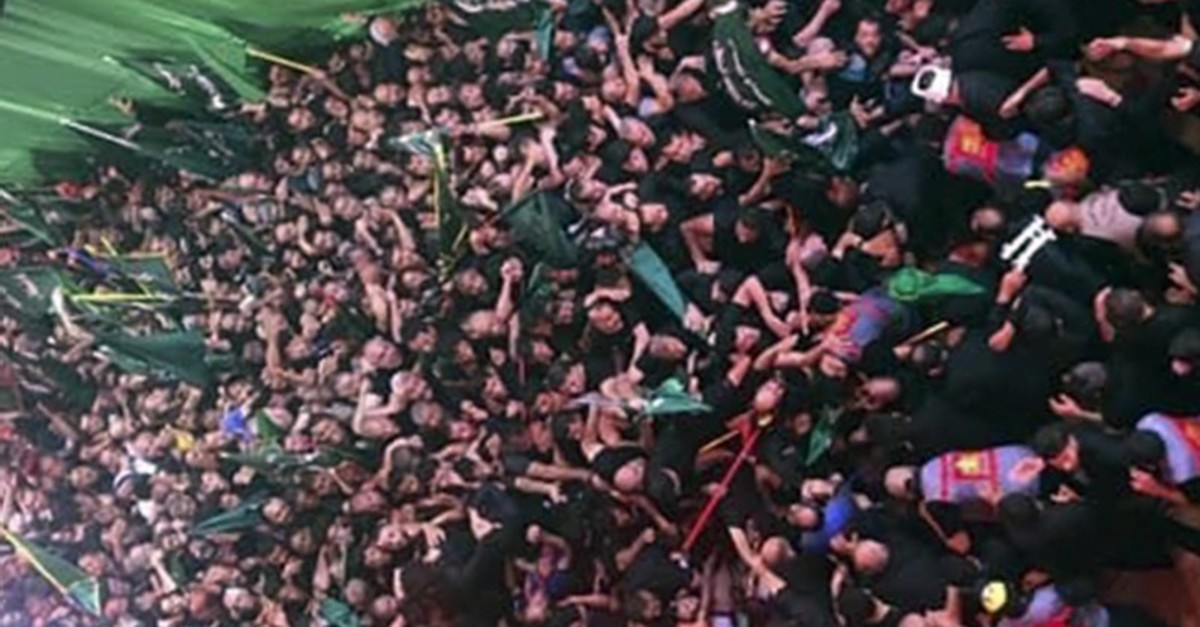 Part of a walkway collapsed as tens of thousands of people celebrated Ashoura on Tuesday, causing a stampede and killing at least 31 pilgrims on one of the most sacred religious holy days for the Shiite sect, officials said.

Around 100 others were injured in the incident, which occurred toward the end of the Ashoura procession, causing a panicked rush, according to two officials who spoke to The Associated Press from Karbala.

Hundreds of thousands of people converge on the holy city, some 80 kilometers (50 miles) south of Baghdad, for the occasion every year.

The somber day of Ashoura commemorates the killing of the Prophet Muhammad's grandson, the Imam Hussein, by a rival Muslim faction in Karbala in present day Iraq, in 680 A.D. Hussein and his descendants are seen by Shiites as the rightful heirs to the prophet. Hussein's killing has been attributed with cementing the schism between Shiite and Sunni Islam.

The incident took place during the so-called "Tweireej" run, when tens of thousands of people run toward the shrine of Imam Hussein in Karbala around noon.

The 2-3 kilometer (1-2 mile) run symbolizes when maternal cousins of Imam Hussein's half-brother al-Abbas ran from the nearby village of Tweireej to rescue him only to find out that he was killed.

Earlier in the day, hundreds of thousands held Ashoura processions amid beefed-up security in Karbala and in the capital, Baghdad, marching through the streets. Many of the faithful beat their chests and lashed themselves with chains in a symbolic expression of grief and regret for not being able to help Hussein before his martyrdom.

On Sunday night, thousands marched toward the holy shrine of Imam Hussein in Karbala, which had been lit up on the eve of the celebration.