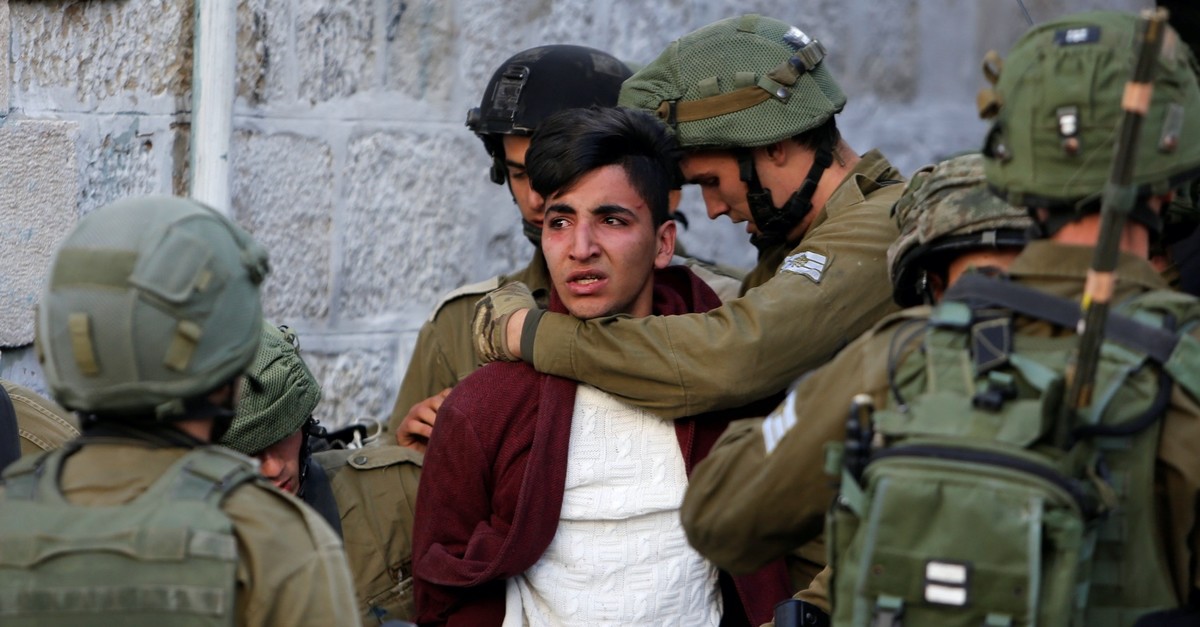 Israeli forces have arrested 120,000 Palestinians in the occupied territories since the Oslo peace accord was signed in 1993, according to a recent report that underscores continuing Israeli violence

More than half of Palestinian deputies, a number of ministers, hundreds of academics, nongovernmental organizations and international organizations' staff were arrested by Israeli forces during this period.

About 2,000 women and more than 17,500 children have been detained since the Oslo Accords, according to the Middle East Monitor's report.

According to another report released last July by the Palestinian Prisoners Center for Studies, there was a 30% increase in the number of children arrested when compared to the same period in 2017 when 380 children were arrested by Israeli forces.

Hosted by then-U.S. President Bill Clinton, Palestinian and Israeli leaders came together on Sept. 13, 1993, to sign the first of the Oslo Accords, designed to be the foundation of a permanent peace deal within five years that would create two states, side-by-side.

Over the years, peacemaking became mired in accusations of broken promises and continued settlement expansion, movement restrictions, arrests and military incursions by Israel. Israeli violence has continued amid years of diplomatic paralysis, diminishing hopes for a two-state solution and escalating Palestinian frustration with the new policies of U.S. President Donald Trump.

"Currently, there are 7,500 prisoners in Israeli jails," nongovernmental organizations said, adding that 500 Palestinians are currently being held under Israel's policy of "administrative detention," under which prisoners can be held for renewable six-month periods without charge or trial.

The policy of administrative detention was first established by British colonial forces during the British Mandate period (1923-1948) in Palestine. More than 200 Palestinians have lost their lives in Israeli prisons since 1967 as a result of torture, lack of medical care or gunshot wounds, Palestinian human rights organizations announced in 2018.

In a joint statement, the Palestinian Prisoners' Association, the Prisoners of Conscience and Human Rights Protection Organization said 216 Palestinians have lost their lives in the Israeli prisons since 1967. Among them seven were shot, 72 others were tortured to death and 59 lost their lives due to lack of medical care. The statement noted that Palestinians in Israeli prisoners were being subjected to "inhumane" treatment, including physical and psychological torture. Some 60% of the prisoners have suffered "brutal physical assaults." The statement also urged U.N. Secretary-General Antonio Guterres to launch a special committee to probe Palestinian deaths in Israeli prisons.