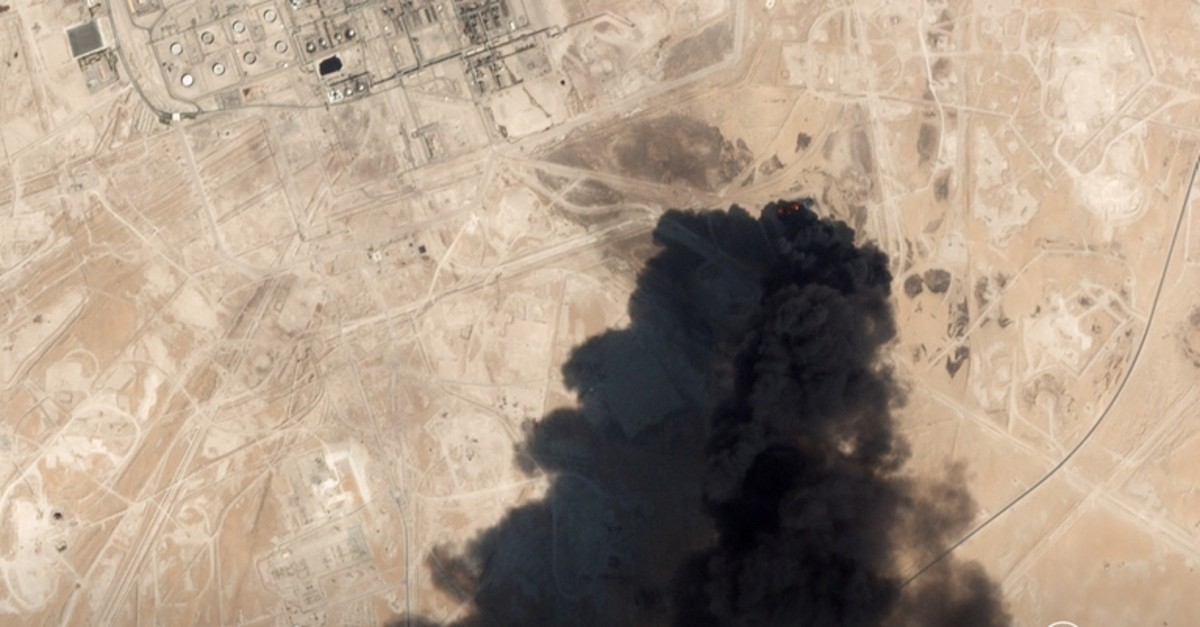 A satellite image shows an apparent drone strike on an Aramco oil facility in Abqaiq, Saudi Arabia September 14, 2019. (Planet Labs via Reuters photo)
by Compiled from Wire Services Sep 16, 2019 11:32 am

Yemen's Houthi movement said on Monday that Saudi Aramco's oil processing plants were still a target and could be attacked at "any moment", warning foreigners to leave the area.

The attacks on Aramco plants in Abqaiq and Khurais in the kingdom's eastern region were carried out by drones with normal and jet engines, Houthi military spokesman Yahya Sarea said in a tweet.

Sarea said Saudi Arabia should stop its "aggression and blockade on Yemen".

Houthi rebels claimed responsibility for the attack that paralyzed production of more than half of Saudi Arabia's global daily exports and more than 5% of the world's daily crude oil production.

U.S. President Donald Trump said the U.S. was "locked and loaded" to respond to the attack that Washington has blamed on Iran as Secretary of State Mike Pompeo pointed the finger squarely at Tehran, saying there was no evidence the "unprecedented attack on the world's energy supply" was launched from Yemen.