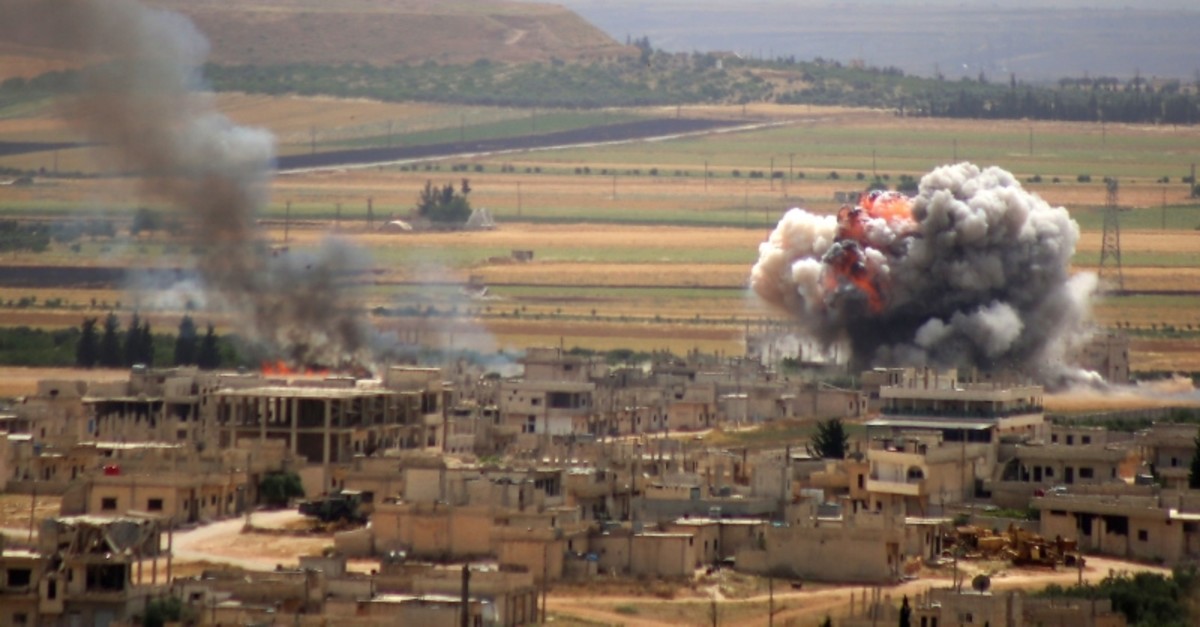 In this file photo taken on June 6, 2019, smoke and fire rise following Syrian regime forces' bombardment on the town of Khan Sheikhun in the southern countryside of the Idlib province. (AFP Photo)
by Daily Sabah with Wires Sep 19, 2019 7:45 pm

Russia and China on Thursday vetoed a U.N. Security Council resolution calling for a ceasefire in Syria's war-torn Idlib province after other members warned the conflict could become the century's worst humanitarian crisis.

Syria's Bashar al-Assad's forces, backed by Russian air power, have been waging an offensive in the Idlib region, the last remaining opposition-held territory in Syria's war, under the pretext of fighting terrorists in the region.

Ambassadors of Belgium, Kuwait and Germany had strongly urged that the resolution should not be vetoed, calling it a "purely humanitarian" measure.

The failed resolution said that all parties should cease hostilities "to avoid a further deterioration of the already catastrophic humanitarian situation in Idlib Governorate, beginning at noon Damascus time on 21 September."

Russia and China, in response, proposed its own version of the resolution that also called for a truce but excluding military operations against the internationally recognized terror groups or affiliates.

Only Russia and China voted in favor of their own text. Nine members voted against and South Africa, Indonesia, Ivory Coast and Equatorial Guinea abstained. A resolution needs nine votes and no vetoes by Russia, China, France, Britain or the United States to pass.

On Wednesday, U.N. Secretary-General Antonio Guterres joined the head of the International Committee of the Red Cross Peter Maurer in appealing for an end to air and artillery bombardment of Idlib.