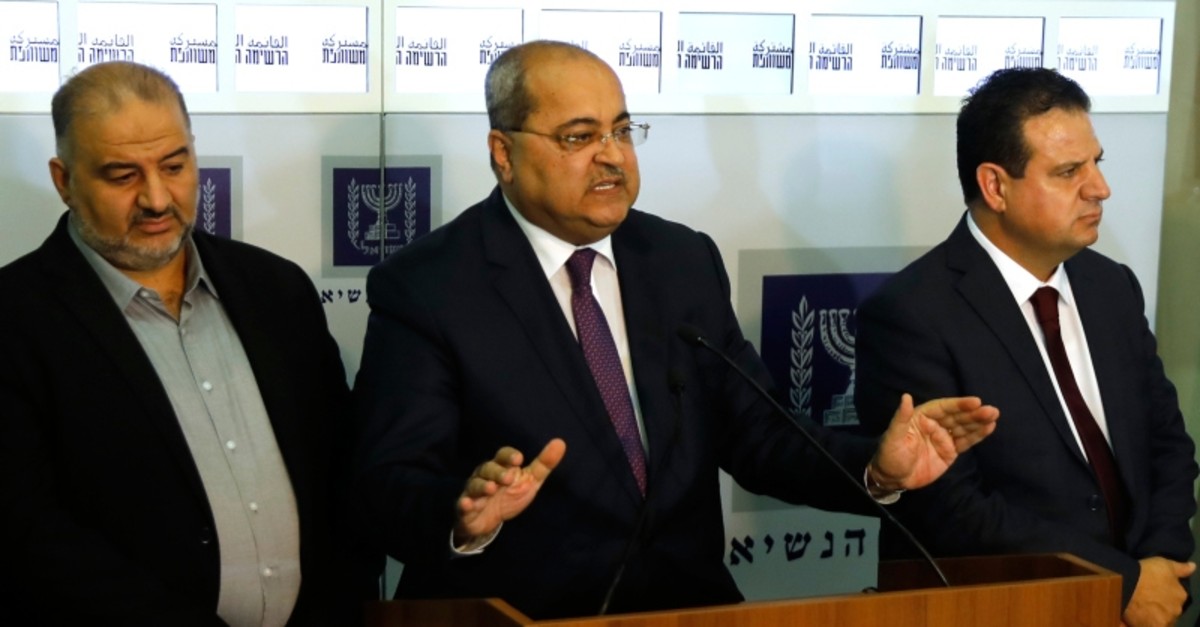 Members of the Joint List Ayman Odeh, center, speaks to the press in the presence of Ahmad Tibi, right, and Mansour Abbas, following their consulting meeting with Israeli President Reuven Rivlin, in Jerusalem, Sunday, Sept. 22, 2019. (AP Photo)
by Sep 22, 2019 8:07 pm

Israeli Arab political parties are backing ex-military chief Benny Gantz as the country's next prime minister in a break with precedent, they announced Sunday.

The mainly Arab Joint List alliance made the announcement at roughly the same time as its leader, Ayman Odeh, published an opinion piece on The New York Times website speaking of the move.

It was the first time since 1992 that majority Arab parties have endorsed a candidate for prime minister.

He made the comments as Rivlin consulted with Israeli political parties on who should form the next government following Tuesday's deadlocked general elections.

The Joint List won 13 seats in the election, making them the third-largest force in the 120-seat legislature.

One party within the alliance, accounting for three seats, signalled it was against the decision.

Even with the endorsement of all 13 seats, Gantz and his centrist Blue and White alliance would fall short of 61 needed for a majority.

Rivlin has said he believes a unity government should include both Netanyahu's Likud and Blue and White in order to create a stable coalition.