Iran says No to 'any negotiation under sanctions,' Rouhani tells UN 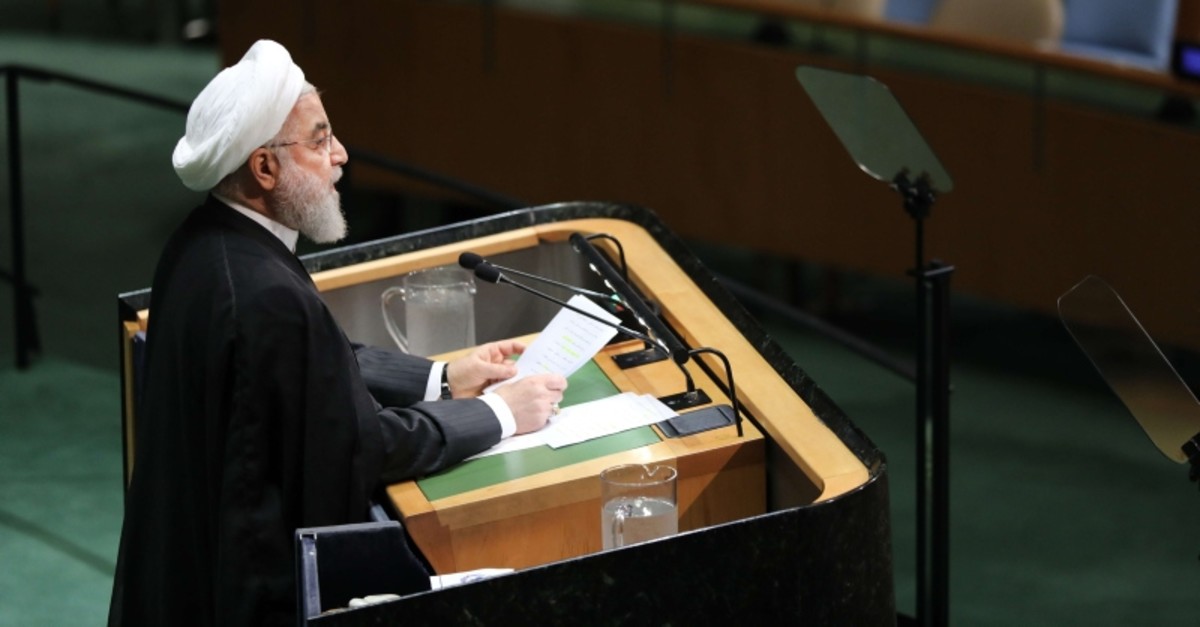 Iranian President Hassan Rouhani on Wednesday ruled out negotiations with the United States so long as sanctions are in place and said he was not interested in a "memento photo" with President Donald Trump.

"I would like to announce that our response to any negotiation under sanctions is negative," Rouhani said in an address to the U.N. General Assembly.

As European leaders sought to arrange a tension-reducing encounter between the Iranian and U.S. presidents, Rouhani dismissed what he saw a photo-op for the media-hungry Trump.

"Memento photos are the final stage of negotiations, not the first one," he said.

He doubted the sincerity of the United States to negotiate, pointing to Trump administration officials' boasts of damage inflicted by sanctions on Iran.

He said Iran has "resisted the most merciless economic terrorism."

"We cannot believe the invitation to negotiations by people who claim to have applied the harshest sanctions in history against the dignity and prosperity of our nation," he said.

"How can someone believe them when the silent killing of a great nation, and pressure on the lives of 83 million Iranians, especially women and children, are welcomed by American government officials?"

"The Iranian nation will never, ever forget and forgive these crimes and these criminals," he said.

Iran has criticized the European parties to the deal for their failure to protect Iran's interests by shielding them from U.S. penalties which has been reimposed and tightened since last year when Washington exited the pact.

In retaliation, Iran has gradually reduced its commitments to the agreement.

The confrontation between arch enemies Iran and the United States has ratcheted up after attacks on Saudi oil facilities on Sept. 14 that Washington, the EU and Riyadh blame on Tehran despite its denials.

Rouhani said the only way to secure peace and safety in the Gulf was strengthening "consolidation among all the nations with common interests in the Persian Gulf and the Hormuz region."

He said to those countries that "we are neighbors with you, not with America" and called for the United States to withdraw troops from the region.

Rouhani said the Gulf region is "on the edge of collapse, as a single blunder can fuel a big fire."

"We shall not tolerate the provocative intervention of foreigners. We shall respond decisively and strongly to any sort of transgression to and violation of our security and territorial integrity," he said.