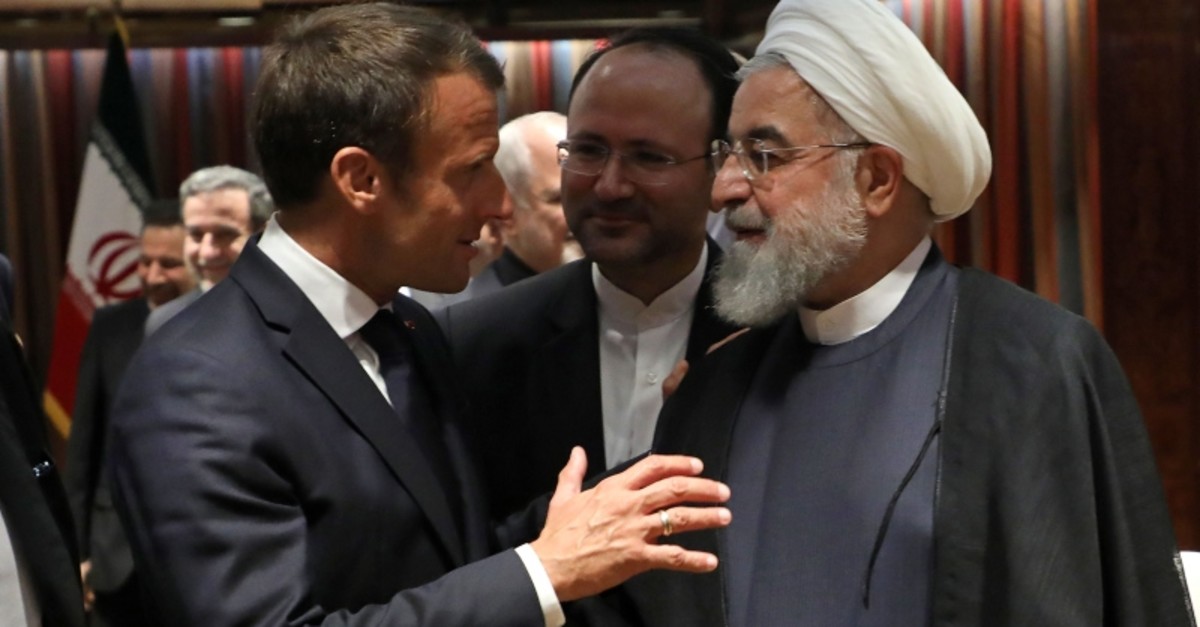 French President Emmanuel Macron held out hope Tuesday of arranging a last-minute summit to ease tensions between Iran and the United States, saying conditions for a meeting had been met, but U.S. President Donald Trump vowed no let-up in pressure.

With world leaders gathered in New York for the annual U.N. General Assembly, Macron made a fresh push for Trump to meet his Iranian counterpart Hassan Rouhani.

Escorting a smiling Rouhani to a meeting with British Prime Minister Boris Johnson, Macron said that time was running short.

"If he leaves the country without meeting with President Trump, honestly this is a lost opportunity because he will not come back in a few months," Macron said.

"And President Trump will not go to Tehran, so they have to meet now," he said, as Johnson voiced agreement.

The French leader has been pushing to defuse tensions between Washington and Tehran over the last few weeks, especially after an attack on Saudi oil facilities on Sept 14. that the U.S., Europe and Saudi Arabia have blamed on Iran.

Macron used two days of shuffle diplomacy at the U.N. to try to bring Trump and Rouhani face-to-face or at the very least get them to engage, fearing that a new incident could enflame the region.

But, with Rouhani demanding the U.S. lift tough sanctions that have strangled its economy and Washington refusing to do so until Iran comes to the table without conditions, the chances of a breakthrough still appear slim.