85% of Gazans live below poverty line under Israeli blockade 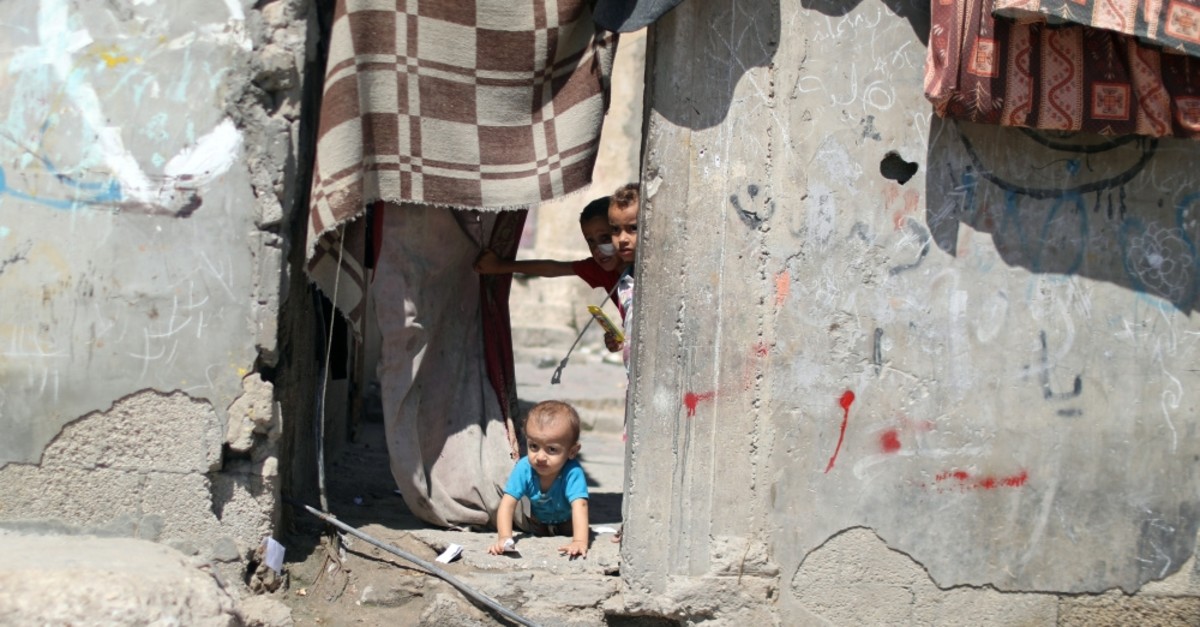 Palestinians' lives have been worsening day by day under the years-long Israeli blockade in the Gaza Strip with 85% of the population living below the poverty line, according to a Palestinian popular committee.

Pointing out the humanitarian situation in Israeli-blockaded Gaza, the head of the Popular Committee for Ending Gaza Siege said "Whoever is ignoring the severe economic situation is overlooking a disastrous reality, and does not want to find any solutions," while calling on the international community to take action to end Israeli-occupation in order to lift the siege on the Gaza Strip completely.

According to the Palestinian committee, the average daily income per capita is a maximum of $2, and the unemployment rate is 65% among the youth. Scores of Palestinians have long demonstrated against high unemployment rates in the Gaza Strip, which has been reeling under the crippling Israeli blockade. More than 300,000 workers are recorded as unemployed amid ongoing deterioration of economic conditions, while this number is increasing daily as a result of the suspension of critical projects due to the Israeli blockade. In addition, severe economic conditions have led to the closure of shops, companies or factories which are heavily affected by the years-long blockade.

Last September, the World Bank warned that the Gaza economy was in "free fall," calling on Israel and the international community to take immediate action to avoid an "immediate collapse" in the Palestinian territory.

Since 2007, the Gaza Strip has been under a crippling Israeli and Egyptian blockade that has gutted its economy and deprived its roughly 2 million inhabitants of many vital commodities, including food, fuel and medicine. In the long-embargoed enclave, the humanitarian situation has grown worse by the day. The U.N. Relief and Works Agency (UNRWA) earlier stated that there are now some 620,000 Gazans who live in abject poverty, meaning those who cannot cover their basic food needs and who have to survive on $1.6 per day, and nearly 390,000 absolute poor.

With poverty rampant and unemployment high, many of its 2 million residents depend on services provided by UNRWA. Israel's long-standing blockade also creates serious obstacles for Gazans to access a variety of medical supplies. The humanitarian situation in the occupied Palestinian territories has deteriorated further as hospitals struggle to cope with high casualties since protests on the Gaza-Israel border began last year. Gaza's health system of 13 public hospitals and 14 clinics, run by nongovernmental organizations, has buckled under persistent blockade-linked shortages of medicine and surgical supplies. The medicine shortage rate is 50% in the enclave and lack of medical supplies is 27%, said Omar Tasli, a regional representative of the Islamic Committee of the International Crescent, speaking at the conference.