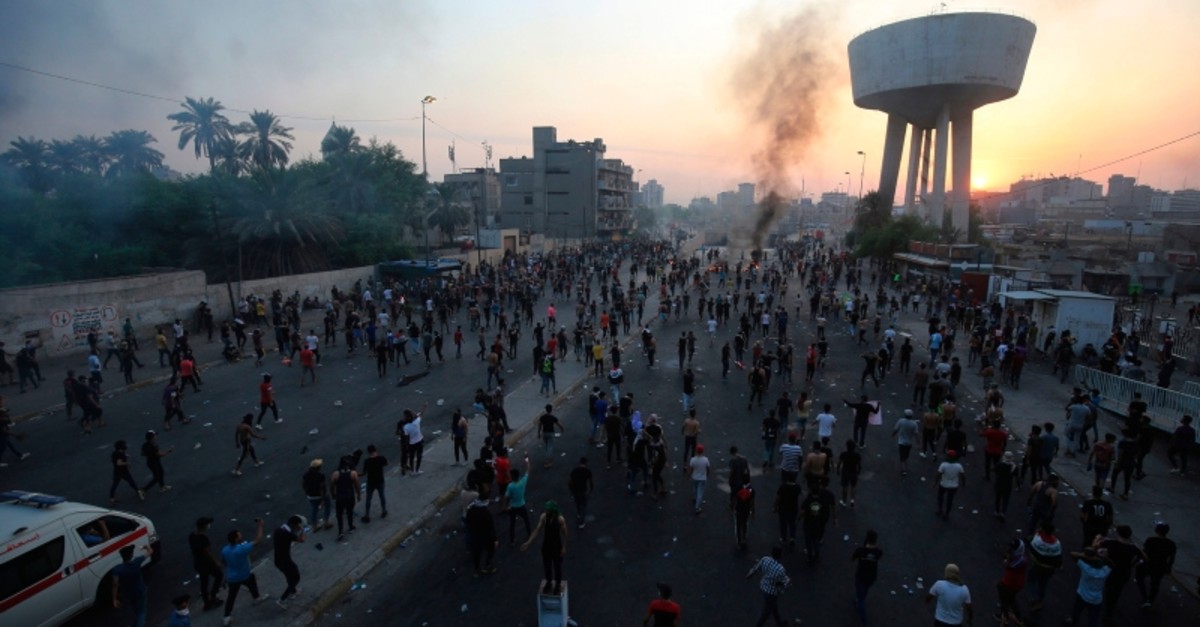 At least seven people were killed and dozens were wounded in clashes that spread across several Iraqi provinces on Wednesday as security forces fired live ammunition and tear gas for the second day to disperse anti-government protesters demanding jobs, improved services and an end to corruption.

The deaths brought the overall number of protesters killed in two days of violence to nine. Protests on Tuesday had left two dead _ one in Baghdad and another in the city of Nasiriyah _ and over 200 wounded.

The renewed clashes occurred despite a massive security dragnet mounted by the government in an effort to quash the economically-driven protests.

Hundreds of heavily armed security forces and riot police deployed on Baghdad streets, blocking all intersections leading to a major central square Wednesday to prevent a repeat of Tuesday's protests. Parked armored personnel carriers and SUVs stood guard and by mid-afternoon, residents said authorities had shut down social media platforms such as Facebook, Twitter and WhatsApp.

Groups of protesters continued to take to the streets, some of them calling for toppling the government. Thick black smoke hung over the city as demonstrators set fire to tires and garbage containers. Bursts of heavy gunfire could be heard intermittently. At night, protesters closed the road leading to Baghdad's airport with roadblocks and burning tires, keeping the way into the city open for arrivals.

Demonstrations erupted in Baghdad against the government led by Prime Minister Adil Abdul-Mahdi following calls by activists citing government's failure to improve the living standards of citizens and to implement its programs, according to eyewitnesses.

Protests took place also in a number of other provinces including Basra, Maysan, Dhi Qar and Al Diwaniyah.

More than 1,000 protesters had descended on the main Tahrir Square with Iraqi flags draped over their shoulders or wrapped around their foreheads.