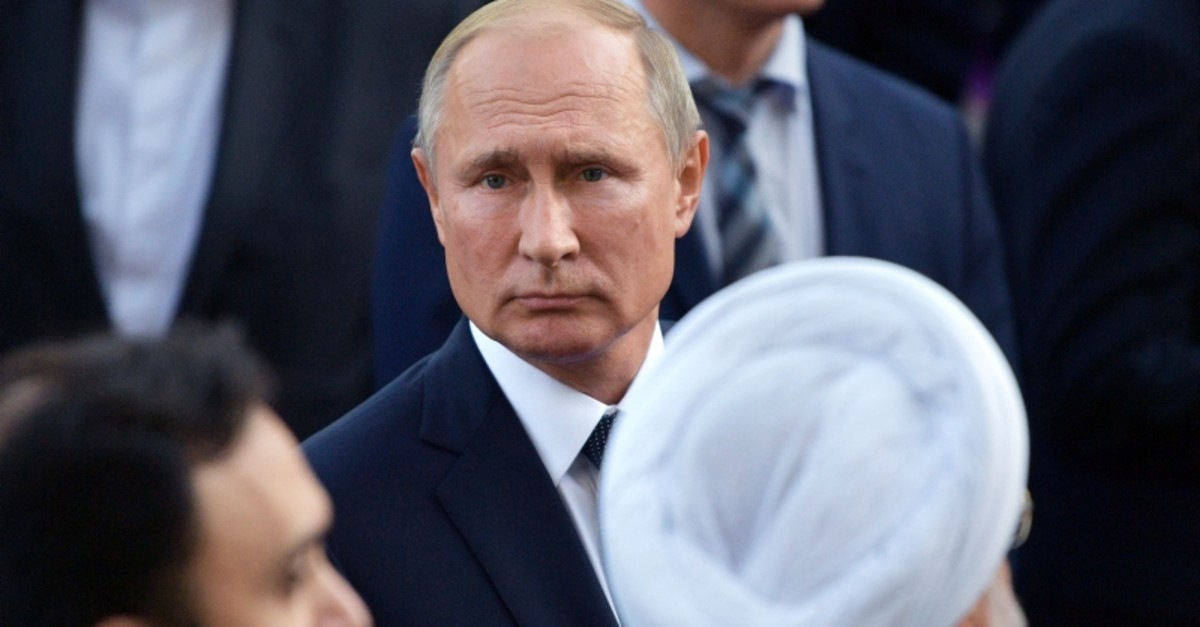 Russian President Vladimir Putin arrives for a meeting with Iranian President Hassan Rouhani on the sidelines of a session of the Supreme Eurasian Economic Council In Yerevan, Armenia October 1, 2019. (Reuters Photo)
by Compiled from Wire Services Oct 02, 2019 3:43 pm

Russian President Vladimir Putin said on Wednesday that there was no evidence that Iran was responsible for an attack on Saudi oil infrastructure last month and that the United States had not presented any proof of Iran's role.

France tried to set up a meeting between the leaders of Iran and the United States after the attack but failed to because Tehran wants Washington to remove its sanctions, Putin said at an energy conference in Moscow.

"We condemn these (attacks) but we are against shifting the blame to Iran because there is no proof of that," Putin said, adding that Iranian President Hassan Rouhani had personally told him Tehran had nothing to do with the attacks.

Last month's attack briefly reduced Saudi Arabia's oil output by half, causing a spike in oil prices, but Riyadh has been able to quickly restore production, calming the market.

Russia maintains close ties with both Iran and Saudi Arabia, and Putin on Wednesday credited the Moscow-Riyadh cooperation with stabilizing global energy prices.

U.S. and Saudi officials have blamed Iran for the attacks but Tehran has dismissed the accusations, suggesting that Washington was seeking a pretext to attack Iran.