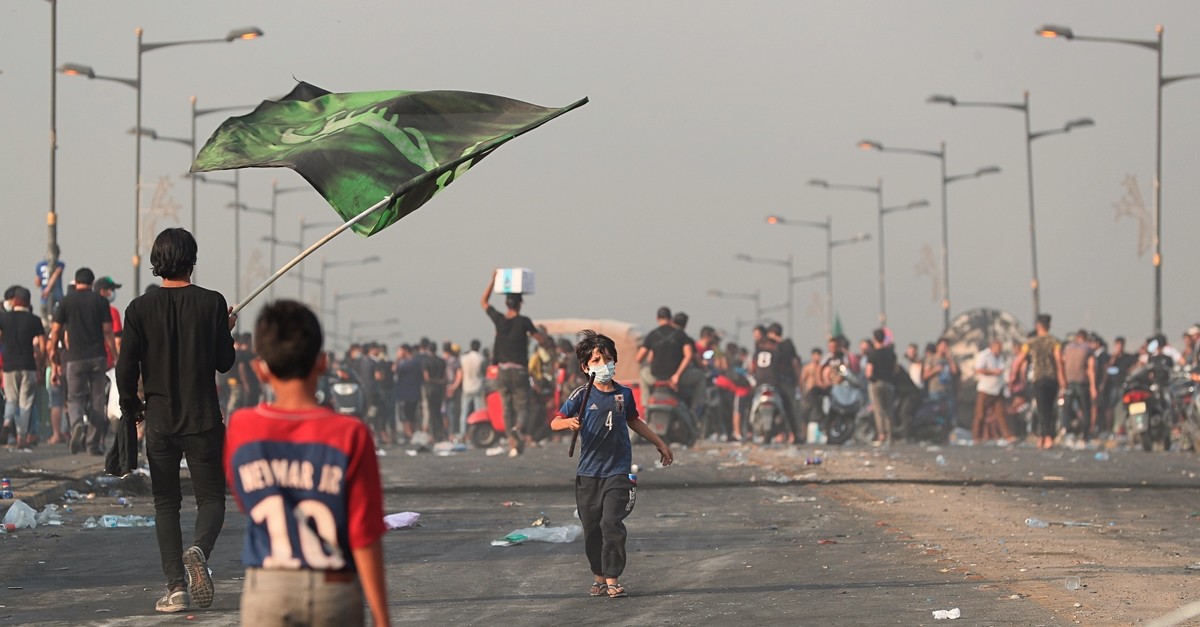 Baghdad's streets are witnessing mass demonstrations against the government, which is accused by the protesters of corruption and failing to create more job opportunities; dozens have been killed

The Iraqi people, who have been facing the consequences of the post-invasion process, the post-Daesh era, corruption, foreign intervention and economic crises, are out in the streets. Iraq is the third country to be shaken by mass protests in the Middle East and North Africa (MENA) region, after Sudan and Egypt. Police brutality that left dozens dead has triggered more protests in the capital, Baghdad. Protesters decrying corruption and unemployment have been clashing with Iraqi security forces for the last two days. Police are using tear gas and both plastic and real bullets to disperse the crowds. However, it has not been possible to quell the demonstrators.

Instead, the excessive use of force ignited more protests and attracted more people to the streets. The protests are the largest ones since the Iraqi government was formed in 2018, barely a year ago. Iraq's Interior Ministry said protesters were trying to "undermine the true meaning of the [protesters'] demands and strip them of peacefulness." Prime Minister Adel Abdul Mahdi said he would launch an investigation to "learn the reasons" for the protests. He also promised that more job opportunities would be created for young people in the country, where the unemployment rate has hit 25%, according to World Bank data.

Besides the ongoing bloodshed in the streets, it was also worrying that the U.S.-led coalition said they would reserve the right to defend themselves following an explosion yesterday in Baghdad's Green Zone. In a statement, the coalition said the "blast in the international zone is under investigation by the Iraqi security forces. We always reserve the right to defend ourselves, attacks on our personnel will not be tolerated." The statement also made a call to both sides for decreasing the tensions: "We call on all sides to reduce tension and reject violence. The loss of life and injuries among civilians and Iraqi security forces is deeply concerning."

The protests, which have mostly taken place in Baghdad and more particularly in Shiite neighborhoods, are very spontaneous and do not have a leading figure leading or organizing the demonstrations. Moreover, the people on the street favor different political views. The common points uniting them are unemployment, corruption and the lack of basic facilities in the country. Iraqi officials declared a curfew to "protect general peace" and prevent "infiltrators" among protesters. However, it is a fact that the government is facing a challenge from its own voters. Iraq, which is divided deeply in terms of sectarianism, has been ruled and dominated by Iran-backed Shiite governments. Sunnis' activities or demonstrations have largely been silenced with the claim of terrorism. Yet this time Shiite people are on the streets as well and that makes everything more difficult for the government.

Finally, Iraqi authorities have cut internet across the country in an attempt to prevent people from organizing through social media. According to internet monitoring service Netblocks, internet access was cut, and this action was an intentional restriction imposed by the providers.