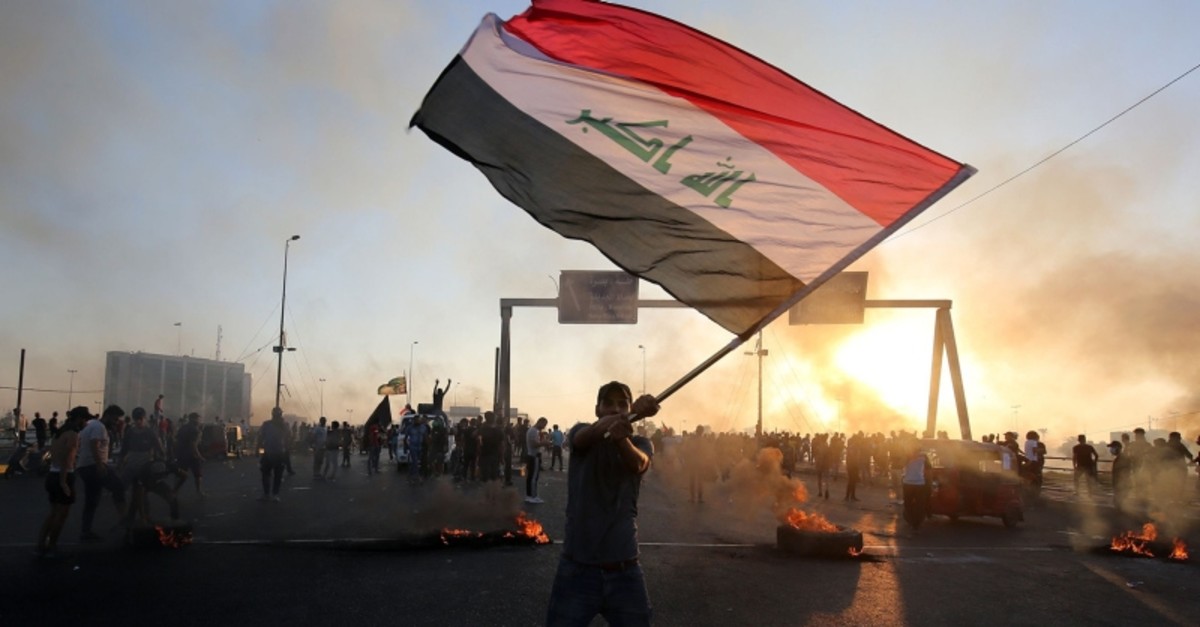 An Iraqi protester waves the national flag during a demonstration against state corruption, failing public services, and unemployment, in the Iraqi capital Baghdad on Oct. 5, 2019. (AFP Photo)
by Oct 08, 2019 11:21 am

Iraq, a major Middle East wheat and rice importer, has replaced the head of its state grain buying agency, government sources and a document showed on Tuesday.

The reason for the replacement, which comes after a week of unrest in Iraq in which more than 100 people have been killed, was not clear.

A government source told Reuters the move was routine, but a Middle East grains trader with close knowledge of the Iraqi market linked the change to the current protests over living conditions.

"The government has to make some changes with all what is happening in the country," said the trader, who declined to be identified.

The unrest in Iraq represents the biggest security and political challenge for Prime Minister Adel Abdul-Mahdi's government since it took power a year ago.

Iraq's grain board is responsible for billions of dollars worth of wheat and rice purchases each year to supply the country's massive food rationing program. Maksousi has headed the organization since 2018.

The state buyer falls under the trade ministry and holds regular international purchasing tenders to import wheat and rice for the rationing program, which covers flour, cooking oil, rice, sugar and baby milk formula. The program was first created in 1991 to combat U.N. economic sanctions.

Iraqis have taken to the streets in the last six days to protest poor living conditions which they blame on what they see as corrupt leaders.