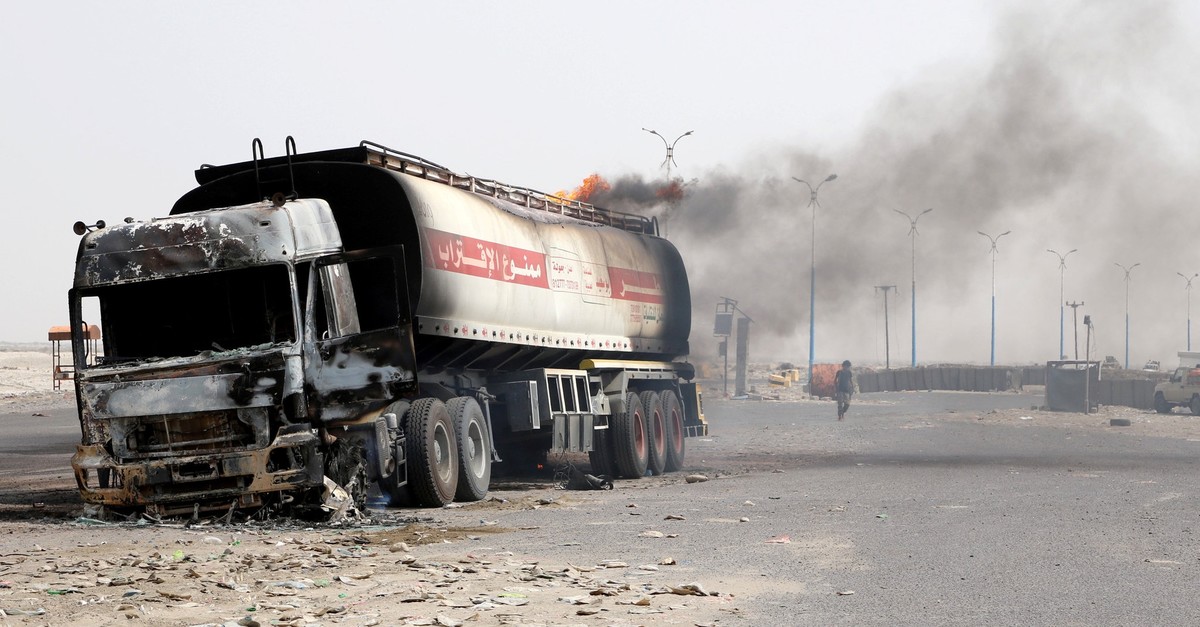 The Western-backed alliance intervened in Yemen in March 2015 against the Iran-aligned Houthi movement that ousted President Abed Rabbo Mansour Hadi from power in the capital Sanaa in late 2014. His government relocated to Aden. The Southern Transitional Council (STC), which is armed and trained by Riyadh's main coalition partner, the UAE, are a major component in the coalition. But the war has revived old strains between north and south Yemen, and the southern separatists, who seek self-rule in the south, turned on the government in August and seized its interim seat of Aden.

The crisis has exposed a rift between Saudi Arabia and the UAE, as Abu Dhabi places its national interests over their strategic alliance, distancing itself from Yemen and leaving Riyadh to deal with a messy war in the fractious Arabian Peninsula nation, while gaining control of the crucial Bab el-Mandeb strait which connects the Red Sea to the Gulf of Aden.

The UAE-backed southern separatists seized control of government military bases and the Port of Aden, one of the most strategic positions in the country, last month, fracturing the Saudi-led alliance battling the Iran-aligned Houthi group in Yemen. President Hadi's government accused the UAE of staging an "armed rebellion." The UAE in June reduced its military involvement in Yemen as Western criticism of the war mounted and as heightened tensions with Iran raised security concerns closer to home, saddling Riyadh with the conflict that is widely seen in the region as a proxy war between Saudi Arabia and Iran. However, it still retains influence via tens of thousands of Yemeni forces, including southern separatists, it helped build to fight the Houthis and militant groups in Yemen.

Lately, Yemen's Saudi-backed government and southern separatists were said to be close to an agreement that would end the Aden standoff. Saudi Arabia, leader of an Arab coalition battling Yemen's Houthi movement, has been hosting indirect talks for a month between the Hadi government and the STC.

Two Yemeni government officials told Reuters that Saudi Arabia submitted a proposal to include the STC in Hadi's government, while Saudi troops would deploy in Aden to oversee the formation of a neutral security force in the city. The STC's Security Belt forces tweeted on Monday that an agreement could be signed in Jeddah in the next few days. A third source said resolving the Aden standoff, which had fractured the Western-backed coalition, was needed before the coalition officially responded to a Houthi offer to halt missile and drone attacks on Saudi cities if the alliance did the same.

It is believed that resolving the Aden crisis and easing tensions in each front would bolster U.N. efforts to pave the way for stalled peace talks on a political framework to end the war that has killed tens of thousands and pushed millions to the brink of famine.