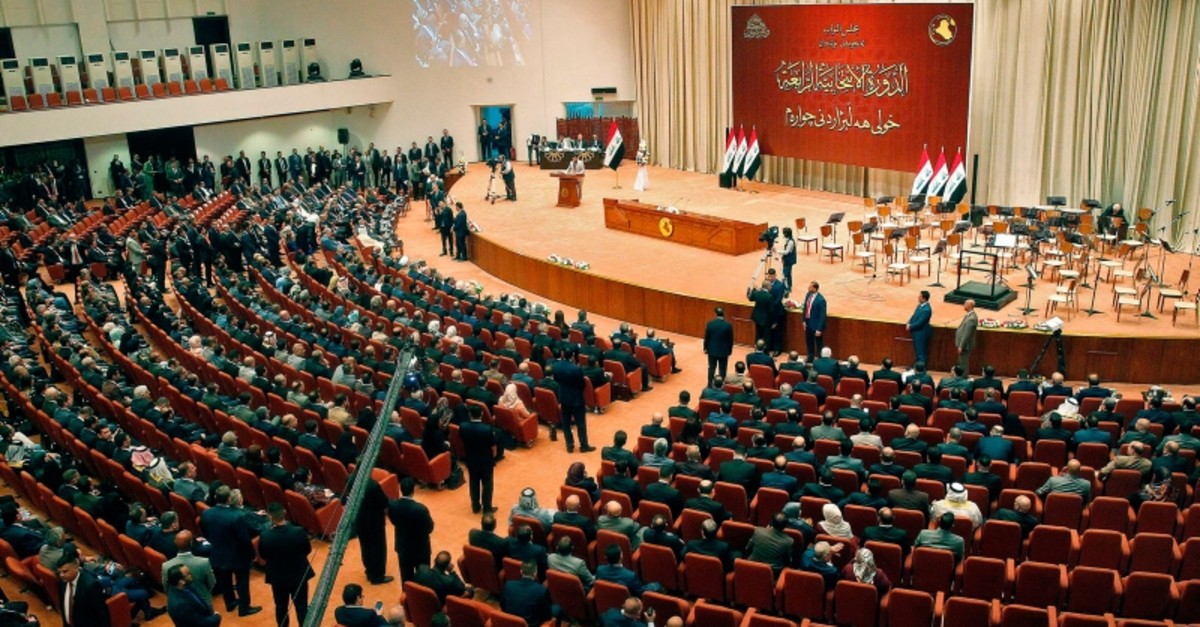 A picture taken on September 3, 2018 shows a general view of the Iraqi parliament during a meeting in the capital Baghdad. (AFP Photo)
by Compiled from Wire Services Oct 09, 2019 9:55 pm
Iraqi Prime Minister Adel Abdul-Mahdi said on Wednesday that he would ask parliament to approve a cabinet reshuffle on Thursday.

Abdul Mahdi said he would submit a new list of ministers to parliament next week for approval.

The move was the latest attempt to appease protesters, who called for the removal of the government and a political class it views as corrupt, during a week of bloody protests.

At least 110 people were killed and more than 6,000 wounded in the capital and the south in a violent crackdown by security forces.

In Baghdad — the second most populous Arab capital — normal life has gradually resumed since Tuesday.

Traffic has again clogged the main roads of the sprawling city of 9 million inhabitants. Students have returned to schools, whose reopening was disrupted by the violence.

On Tuesday, security restrictions were lifted around Baghdad's Green Zone, where government offices and embassies are based.

Since Tuesday, connection had intermittently returned to Baghdad and the south of the country.

But on Wednesday, cyber-security NGO NetBlocks reported on Twitter that the internet was "cut again across most of #Iraq," adding that social media and mobile services were "highly disrupted."

Providers had told customers earlier in the day they were unable to provide a timetable for a return to uninterrupted service, information on restrictions, or any other details.

Iraqi authorities have not commented on the restrictions, which according to NetBlocks have affected three quarters of the country. In the north, the autonomous Kurdish region has remained unaffected.