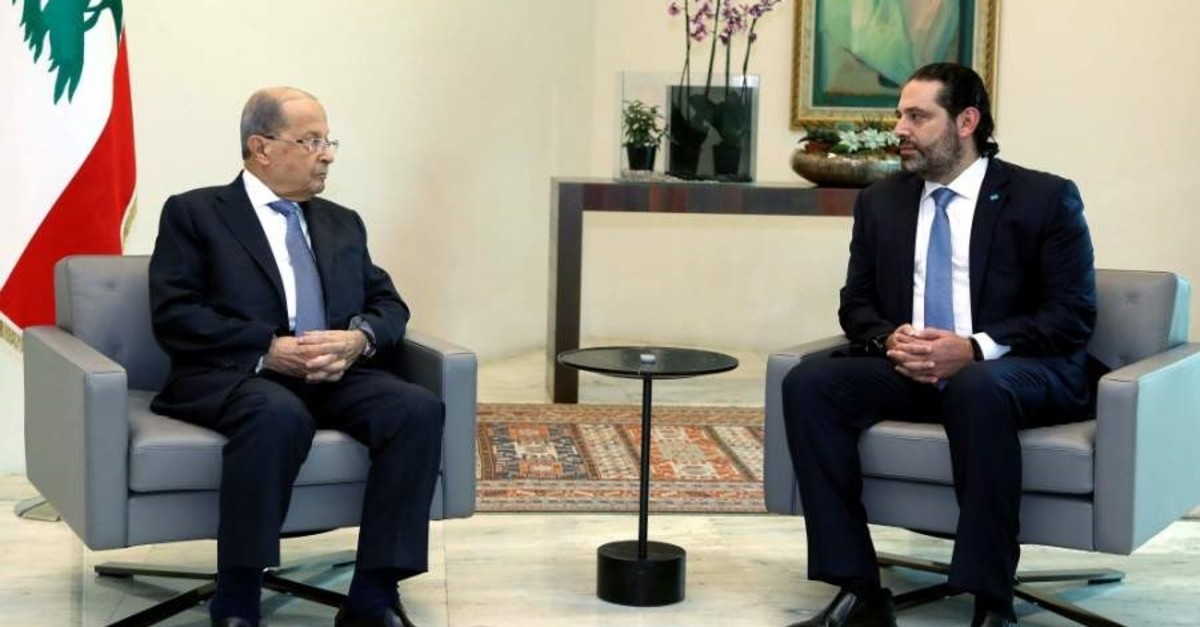 Protesters closed major roads around Lebanon ahead of an emergency cabinet meeting yesterday, as politicians scrambled to put together a rescue plan for the country’s crumbling economy and stem five days of mass anti-government protests. Demonstrators placed barriers across major intersections in Beirut as well as other cities and towns across the country. Schools, universities, banks and government institutions remain shuttered as the country is gripped by the largest protests since the so-called Cedar Revolution in 2005.

Prime Minister Saad Hariri, whose government is composed of an unwieldy national coalition of nine largely sectarian parties, gave his cabinet a 72-hour deadline on Friday to agree reform plans, hinting he might otherwise resign. Amid the unrest, Lebanese troops were deployed on the main road to the palace to clear the way for Hariri and government ministers to reach Baabda, the presidential palace.

The package includes a 50% cut in the salaries of current and former presidents, ministers and lawmakers, and benefit cuts for state institutions and officials, officials told Reuters. It further provides for the central bank and private banks to contribute $3.3 billion to achieve a “near zero deficit” for the 2020 budget. The government plans to privatize the telecommunications sector and overhaul the costly and crumbling electricity sector, both major strains on Lebanon’s finances. Protesters have said this would not be enough to send them home, demanding the demise of politicians they accuse of rampant corruption. “This is not enough. We want early elections and justice from all those who stole from the state,” said George Raad, a public sector employee.

The rallies that have swept the country since last Thursday, have been a historic outpouring of dissent against politicians, some of them civil war-era leaders, who are widely seen to have used state resources and influence for their own power and gain. A chorus of voices, from union leaders to politicians, has joined calls for Hariri's government to resign. Opponents of this call include the powerful, heavily armed Shiite Hezbollah movement backed by Iran. Its leader said on Saturday Lebanon did not have time for such a move given the acute financial situation.

Lebanon’s political system was set up to balance power between the country’s religious sects, including Christians, Sunni Muslims, Shiite Muslims and Druze. Many current senior politicians came to prominence during the country’s 15-year civil war that ended in 1990. The country is under pressure from the World Bank and the International Monetary Fund (IMF) to take austerity measures in return for financial support. The Lebanese economy has been hit by political paralysis and regional conflicts, among other factors. Economic woes have been compounded by strains in the financial system that accumulated as capital flows into the country have slowed down.