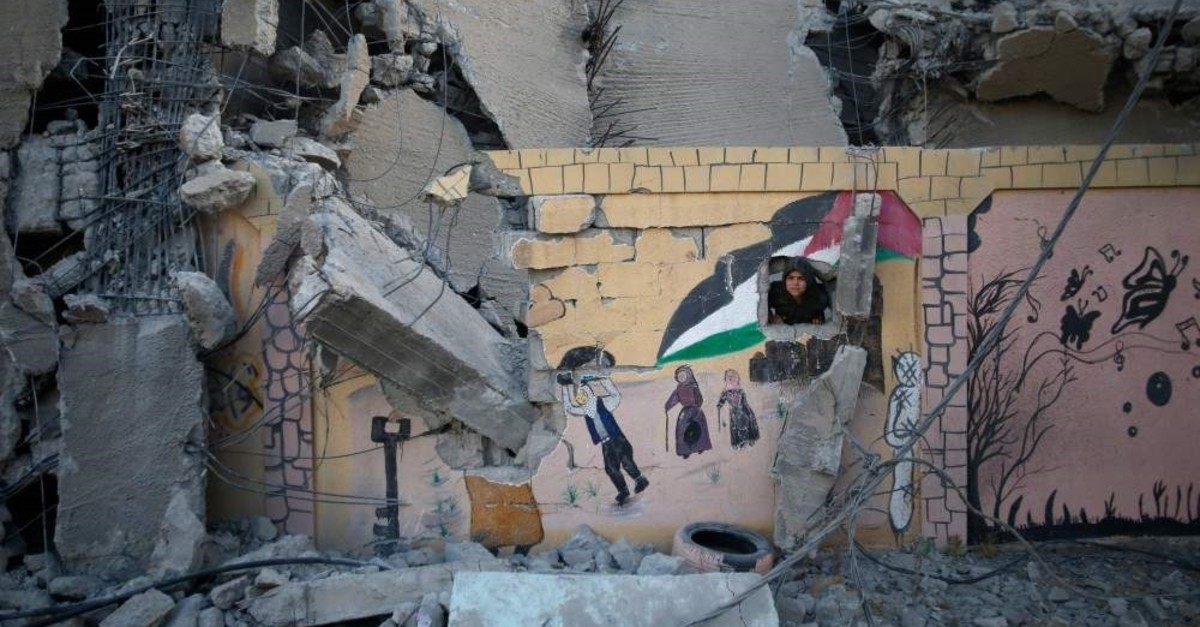 Israel's illegal 52-year occupation of the Palestinian territories is the longest in the modern world, a U.N. human rights experts has said, underscoring continuous human rights violations by Israel against Palestinians

A U.N. independent expert on human rights called the Israeli occupation in the Palestinian territories "the longest occupation" in the world, stating that the 52-year "illegal occupation" has led to serious violations of international law against Palestinians.

Michael Lynk told the U.N. General Assembly's human rights committee that the international community has a responsibility and a legal obligation to compel Israel to completely end its occupation and remove barriers to self-determination for the Palestinians. "The status quo of Israel's ‘occu-annexation' is endlessly sustainable without decisive international intervention because of the grossly asymmetrical balance of power on the ground," said Lynk.

As part of Israeli violence against Palestinians in the occupied territories, including the West Bank and Gaza Strip, he pointed to the severe humanitarian crisis, which he called "a human-made catastrophe" and "an injustice that should be near the top of the world's agenda to end." He said the economic situation in Gaza "continues to move from dire to acute to unimaginable," with over half of Gaza's population "food insecure," the unemployment rate at over 50% and 70% of Gazans younger than 30 without work. The expert also raised concerns on the annexation of parts or all of the West Bank by the Israeli government, saying the levels of settler violence have increased in the West Bank. "Incidents of settler violence were recorded in a number of West Bank towns, including in Hebron, Nablus, and Ramallah," he added.

Lynk also urged an international ban on all products made in Israeli settlements as a step to end permanent occupation. He cited Israel's failure to comply with its obligation to implement U.N. Security Council resolutions such as a 1979 demand for a complete end of Israeli settlements and a 2016 call to "immediately and completely cease all settlement activities" in the occupied Palestinian territory, including east Jerusalem.

Defying accusations of possible war crimes in the occupied territories, Israeli authorities have demolished at least 140 Palestinian homes in east Jerusalem this year, a rights group said yesterday, the highest annual number since it began keeping records in 2004.

Such actions have been called a "war crime" by the International Criminal Court (ICC) as many Palestinians, including children, have been left homeless. "Extensive destruction of property without military necessity and population transfers in an occupied territory constitute war crimes under the Rome Statute," ICC Chief Prosecutor Fatou Bensouda wrote in October 2018, warning Israel over its violent actions in the occupied territories.

The Israeli rights group B'Tselem said 238 Palestinians have lost their homes this year, including 127 minors. The second-highest number of demolitions on record was in 2016 when 92 homes were demolished.

The ongoing Israeli demolitions are considered as protracted wrangling over the future of Jerusalem, home to more than 500,000 Israelis and 300,000 Palestinians, and sites sacred to Judaism, Islam and Christianity. Israel occupied east Jerusalem, the West Bank and the Gaza Strip in the 1967 Six-Day War, lands the Palestinians want for their future state. In 1980, the Israeli parliament passed a law declaring the "complete and united" city of Jerusalem to be the capital of Israel, including the eastern half that it captured in 1967. But the U.N. regards east Jerusalem as occupied, and the city's status remains disputed until it can be resolved by negotiations between Israel and the Palestinians, who say that east Jerusalem must be the capital of a future Palestinian state.

Shortly after capturing east Jerusalem, Israel expanded its municipal boundaries to take in large areas of vacant land on which it later constructed Jewish settlements. At the same time, it sharply limited the expansion of Palestinian neighborhoods, forcing many in the increasingly crowded areas to build illegally.

Last month another Israeli rights group, Peace Now, obtained official figures on building permits in east Jerusalem going back to 1991 that provided strong evidence of systematic discrimination against Palestinian residents. While Palestinians make up more than 60% of the population of east Jerusalem, they had received just 30% of the permits. As a result, Peace Now estimates that half of the 40,000 housing units built in Palestinian neighborhoods since 1967 lack permits, placing them at constant risk of demolition.