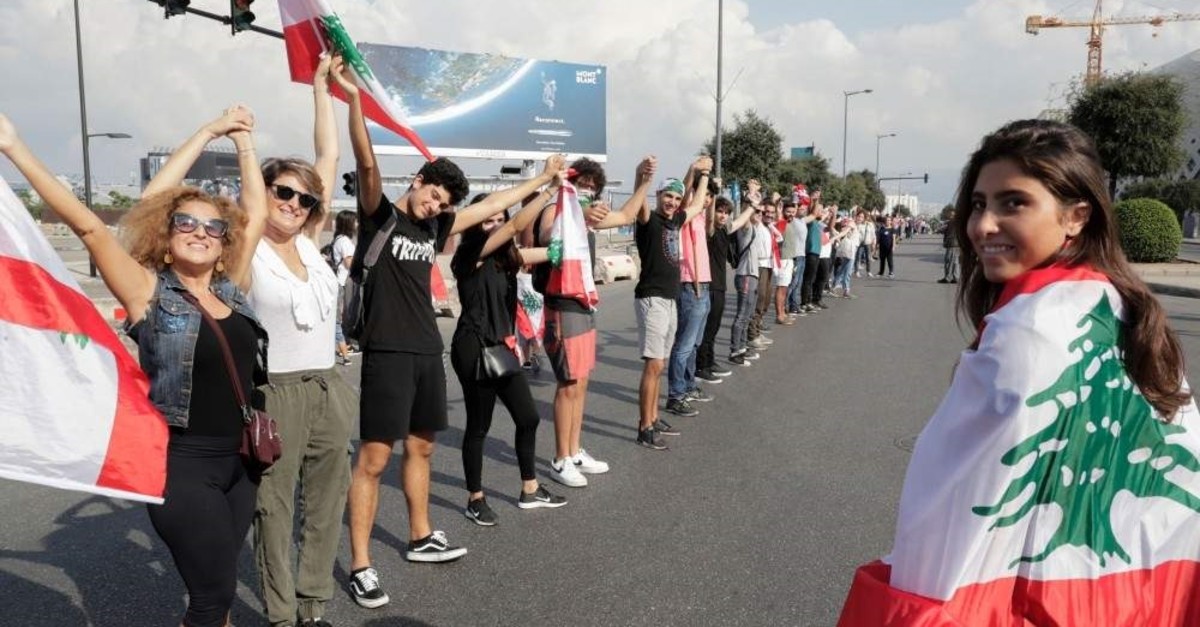 Protesters formed a human chain across Lebanon yesterday, the 11th day of unprecedented rallies against politicians accused of corruption and steering the country towards an economic collapse unseen since the 1975-90 civil war. Protesters joined hands along Lebanon's coastal roads attempting to span 171 kilometers from south to north. The country has been paralyzed by road blocks set up by protesters drawn from across Lebanon's sectarian spectrum. Largely peaceful protests in Lebanon have turned violent in some areas, where Lebanese army troops have scuffled with demonstrators. Protesters have continued to block major roads and highways while facing soldiers.

The leaderless protest movement, driven mostly by a young generation of men and women born after the 1975-1990 civil war, has even been described by some as the birth of a Lebanese citizen identity. Lebanon’s political system was set up to balance power between the country’s religious sects, including Christians, Sunni Muslims, Shiite Muslims and Druze. Many current senior politicians came to prominence during the civil war. The protesters see them as corrupt and incompetent and have so far dismissed measures proposed by the political leadership to quell the protests.

Lebanon's reviled political elite has been defending a belated package of economic reforms and appeared willing to reshuffle the government, but protesters who have stayed on the streets since Oct. 17 want more. Last week, Prime Minister Saad Hariri announced a package of economic reforms in an attempt to quell the mass protests and growing anger against his cabinet. The plan includes steps to cut Lebanon's huge deficit by slashing salaries of politicians by half and giving financial help to families in poverty. Lebanon suffers from high unemployment, little growth and one of the highest debts ratios in the world, with a debt burden reaching $86.2 billion in the first quarter of 2019, according to a statement by the Lebanese Ministry of Finance in May 2019. The country is under pressure from the World Bank and the International Monetary Fund (IMF) to take austerity measures in return for financial support. The Lebanese economy has been hit by political paralysis and regional conflicts, among other factors.