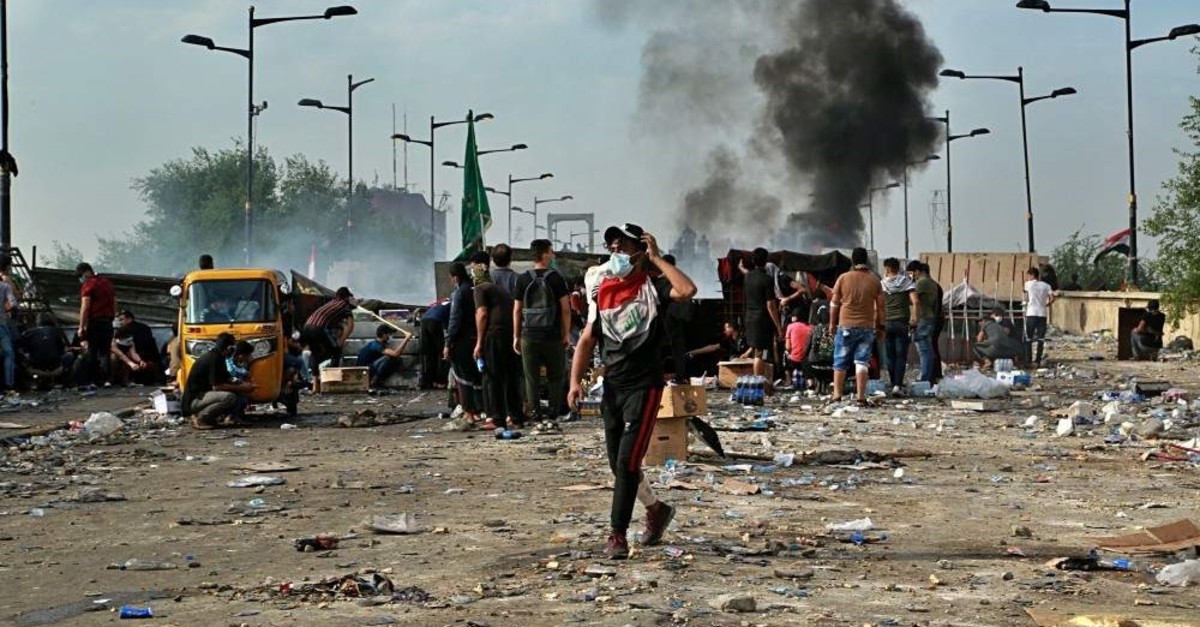 The protests in Iraq, which started at the beginning of this month, have moved into a new direction. Starting as a protest against high unemployment rates, energy shortages and corruption, now, the protesters are chanting slogans against Iran and its proxies in the country. Several videos circulating on social media show that people are waiving Iraqi flags in front of Iranian Embassies and consulates not only in Baghdad but also in cities like Karbala, which is accepted as a holy site because the murdered grandson of the Prophet Muhammad, Hussein, is buried there.

Hundreds of people were killed in Iraq, mainly in Baghdad by security forces. Despite the promises of the Iraqi government to ameliorate the standard of living, the fight against corruption and increase job opportunities, people are unsatisfied and find the government unreliable.

Moreover, the presence of masked men in the streets and the fact that protesters are directly targeted by these men along with the Iraqi police and troops, have increased doubts over the interference of Iran in the conflict. The Special Representative of the United Nations Secretary-General for Iraq Jeanine Hennis-Plasschaert expressed her concerns about the armed entities, which may be in fact targeting Iraq’s unity.

However, he did not mention the accusations against Iran.

Iraq witnessed mass protests in recent years but this time it is different. The country, which has been subjected to sectarian policies of local, regional and international powers, was generally witnessing the demonstrations of one group. But now Iraqis are on the streets regardless of their sect. Both Shiites and Sunnis are protesting the government and accusing it of becoming a puppet of the Iranian regime.

Certain religious figures from the Shiite side also pledged support to the protesters and urged the government to meet the people’s expectations. For instance, lawmakers, who are adherents of the famous Shiite cleric Moqtada al-Sadr, launched a sit-in protest in the parliament.

Some foreign policy experts like Hanin Ghaddar have argued that Iran was losing its power in the Middle East on the grounds that the protesters not only in Iraq but also in Lebanon are against Iran and demanding Tehran’s withdrawal from their countries’ domestic issues. The governments of both Iraq and Lebanon are supported by Iran.