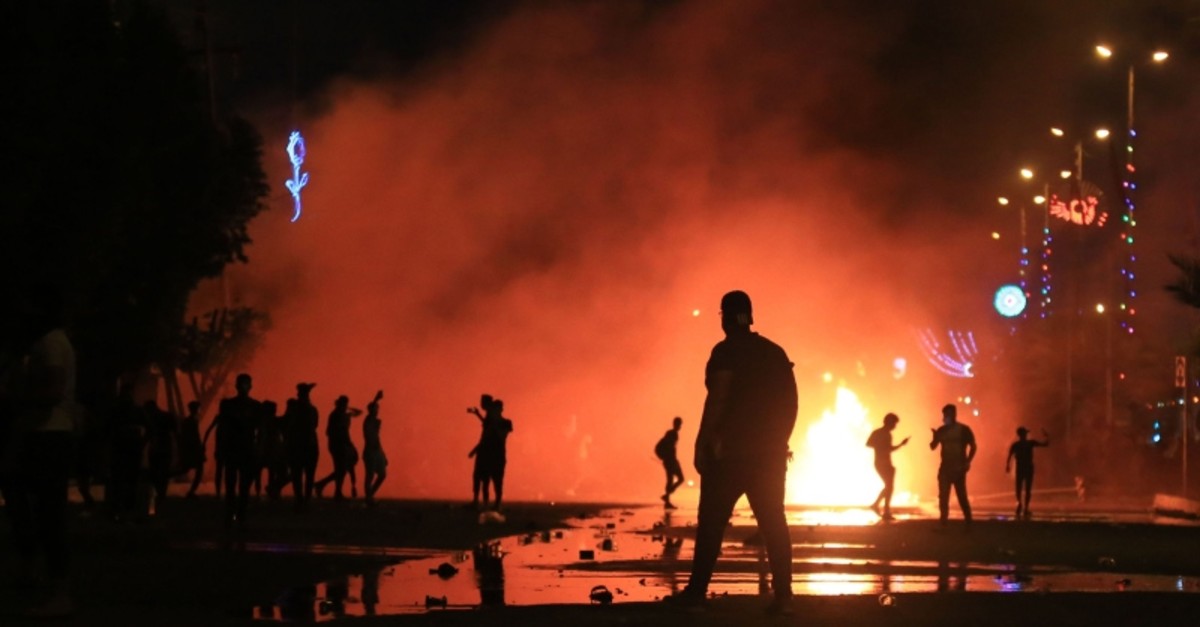 Iraqi protesters burn items to block the road as they clash with security forces during an anti-government demonstration in the Shiite shrine city of Karbala, south of Iraq's capital Baghdad on October 27, 2019. (AFP Photo)
by Oct 29, 2019 9:39 am

At least 13 people were killed and 865 wounded overnight after Iraqi security forces opened fire on protesters in the city of Kerbala, medical and security sources told Reuters on Tuesday.

Iraqis took to the streets for a fourth day on Monday in a second wave of anti-government protests in which 250 people have been killed in October.