Iraqi soldier killed in rocket attack near US embassy in Baghdad 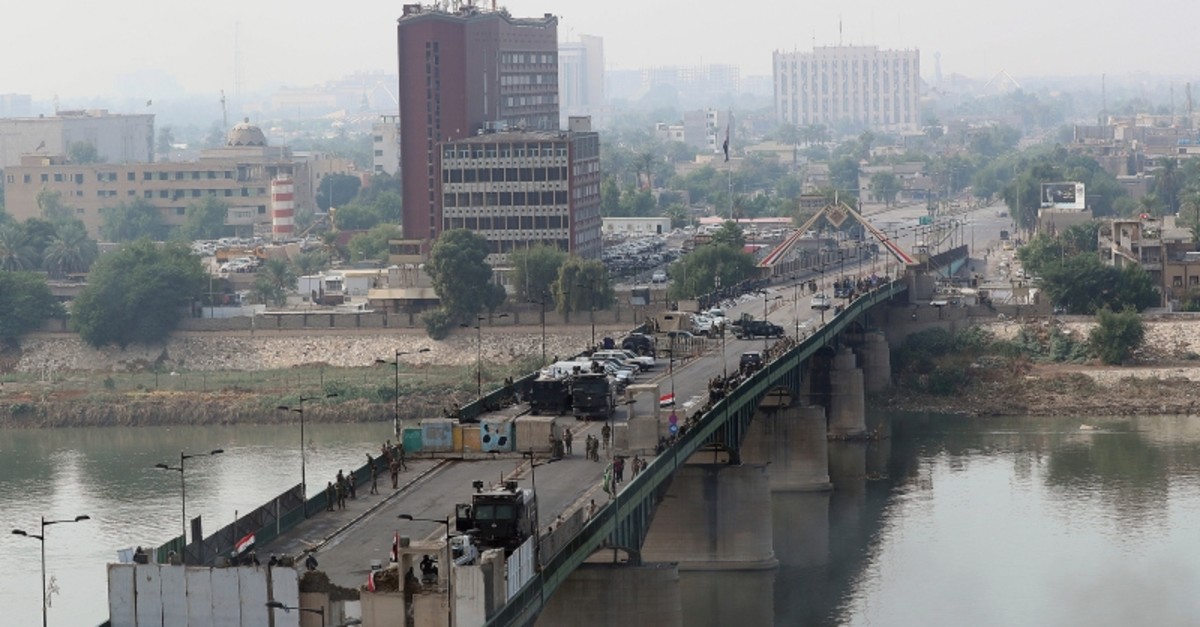 Security forces fire tear gas and close the bridge leading to the Green Zone during a demonstration in Baghdad, Iraq, Wednesday, Oct. 30, 2019. (AP Photo)
by Compiled from Wire Services Oct 31, 2019 12:23 am

An Iraqi soldier was killed in a rocket attack near the U.S. Embassy in the capital Baghdad, according to Iraq's Defense Ministry.

According to a statement by the ministry's Security Media Cell, the rocket hit an area close to the U.S. embassy in the highly secured Green Zone, where government headquarters and foreign missions are located.

The soldier was guarding a security barrier near the embassy, a security source told Anadolu Agency on condition of anonymity due to restrictions on speaking to the media.

In May, the US State Department ordered non-essential government staff at the US embassy in Iraq to leave amid escalating tensions between the United States and Iran.

Tensions between the two countries have surged since the US announced its withdrawal from the 2015 nuclear deal between Iran and world powers last year.

The Green Zone is home to several Western embassies and government offices.

The attack comes as Iraq is gripped by anti-government protests. More than 240 people have been killed this month as security forces crackdown on the growing protest movement.

At least 100 people have been killed in Iraq since Friday, as security forces have been trying to disperse protesters, said Iraq's Independent High Commission for Human Rights (IHCHR) on Wednesday.

At least 5,500 people were also injured, the rights body said.

Anger has been building in Iraq in recent years due to rising unemployment and rampant corruption. Many people in the country have limited access to basic services such as electricity and clean water.

According to World Bank figures, Iraq's youth unemployment is around 25%. It is also ranked the 12th most-corrupt country in the world by several transparency organizations.