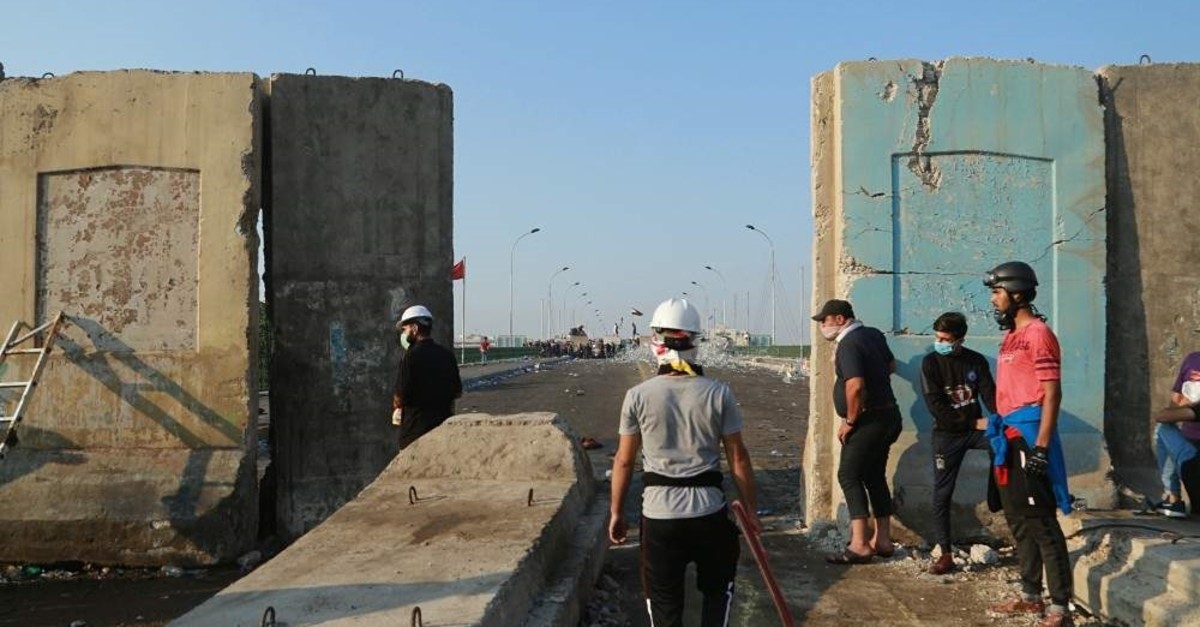 More violence has gripped war-torn Iraq amid unprecedented anti-government protests and a violent security crackdown. All this has happened as the government is scrambling to produce a solution to mounting protests demanding the ouster of Prime Minister Adel Abdul-Mahdi.

Iraq has been engulfed by deadly anti-government protests that have picked up momentum in recent days. Iraq's semi-official human rights commission said 100 people have been killed and over 5,000 were injured since Friday, when protests resumed after a three-week hiatus. The deaths bring the overall number of people killed this month to nearly 250 as security forces crackdown on the growing protest movement.

Mahdi has promised a government reshuffle and reforms, which the demonstrators have already rejected. Protesters’ demands have been backed by populist cleric Moqtada al-Sadr, whose parliamentary bloc Saeroon has been gathering support to force the premier to come in for questioning.

The protests are the largest since the Iraqi government was formed in 2018, barely a year ago. Iraq, which is deeply divided in terms of sectarianism, has been ruled and dominated by Iran-backed Shiite governments. Sunni activities and demonstrations have largely been silenced through the claim of terrorism. Yet this time, Shiite people are on the streets as well and that makes everything more difficult for the government.

Across the country's Shiite-majority south, demonstrators came out in force yesterday despite efforts to quell them with curfews, tear gas or live fire. The southern city of Diwaniyah saw its largest rallies yet: students, teachers, farmers and health workers hit the streets as government offices remained closed. And in Basra, demonstrators cut off a main road leading to the Umm Qasr port, its authorities said, one of the main import zones for food and other supplies into Iraq.

In the capital Baghdad, crowds occupied the emblematic Tahrir (Liberation) Square for the eighth consecutive day. Security and hospital officials said two protesters were killed in the vicinity of Tahrir Square, which has emerged as the epicenter of the protests.

Meanwhile, two rockets were fired into Baghdad's fortified Green Zone yesterday, killing one Iraqi soldier. Security officials said one of the Katyusha rockets landed about 100 meters (110 yards) away from the perimeter of the U.S. Embassy, triggering alert sirens. A soldier manning a checkpoint near a restaurant was killed, they added, speaking on condition of anonymity in line with regulations.

The Green Zone is home to several Western embassies and government offices. An eyewitness near the embassy said he heard two explosions. It was not immediately clear where the other landed. Earlier this week, three rockets struck a large military base north of Baghdad that houses U.S. and Iraqi forces. No casualties were reported from that attack.