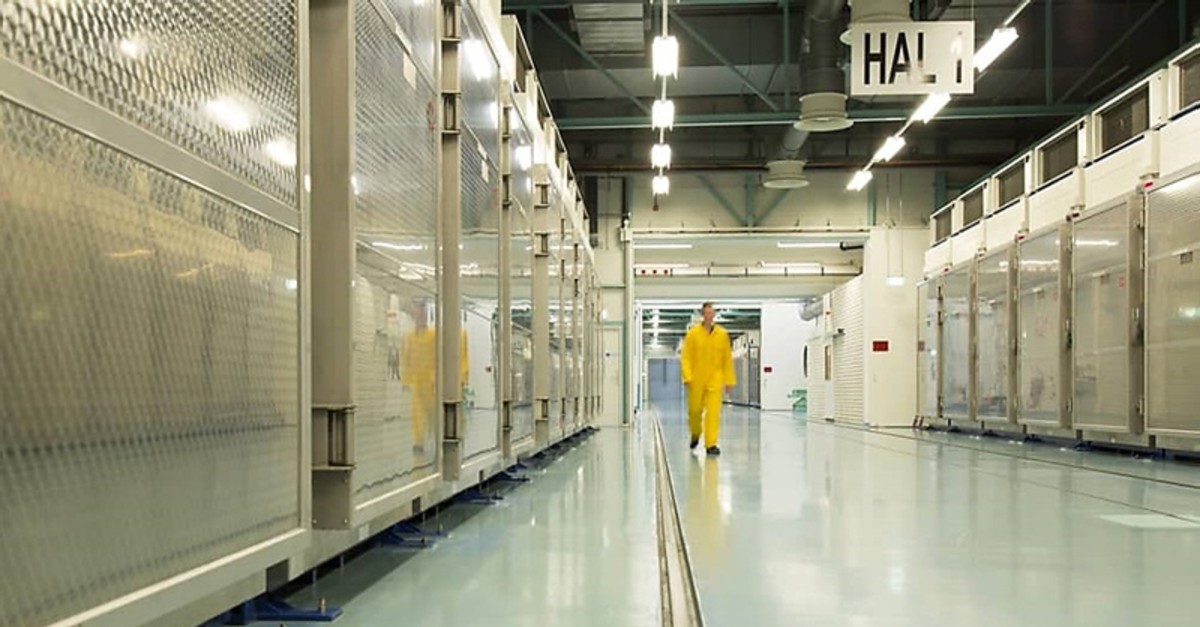 A handout picture released by Iran's Atomic Energy Organization on November 6, 2019, shows the interior of the Fordo (Fordow) Uranium Conversion Facility in Qom, in the north of the country. (AFP Photo)
by Nov 11, 2019 7:15 pm

Iran has begun enriching uranium at its underground Fordo site in the latest breach of its deal with major powers, the U.N. nuclear watchdog confirmed on Monday, adding that Tehran's enriched uranium stock has continued to grow.

Iran is breaching the deal's limits on its nuclear activities step by step in response to Washington's withdrawal from the accord last year and its renewed sanctions on Tehran. Tehran says it can quickly undo those breaches if Washington lifts its sanctions.

In a quarterly report, the International Atomic Energy Agency policing the deal said Iran's reserve of enriched uranium and the purity to which it refines uranium remain above the deal's limits. Tehran is also enriching with more advanced centrifuges and enriching at Fordo, which the deal forbids.