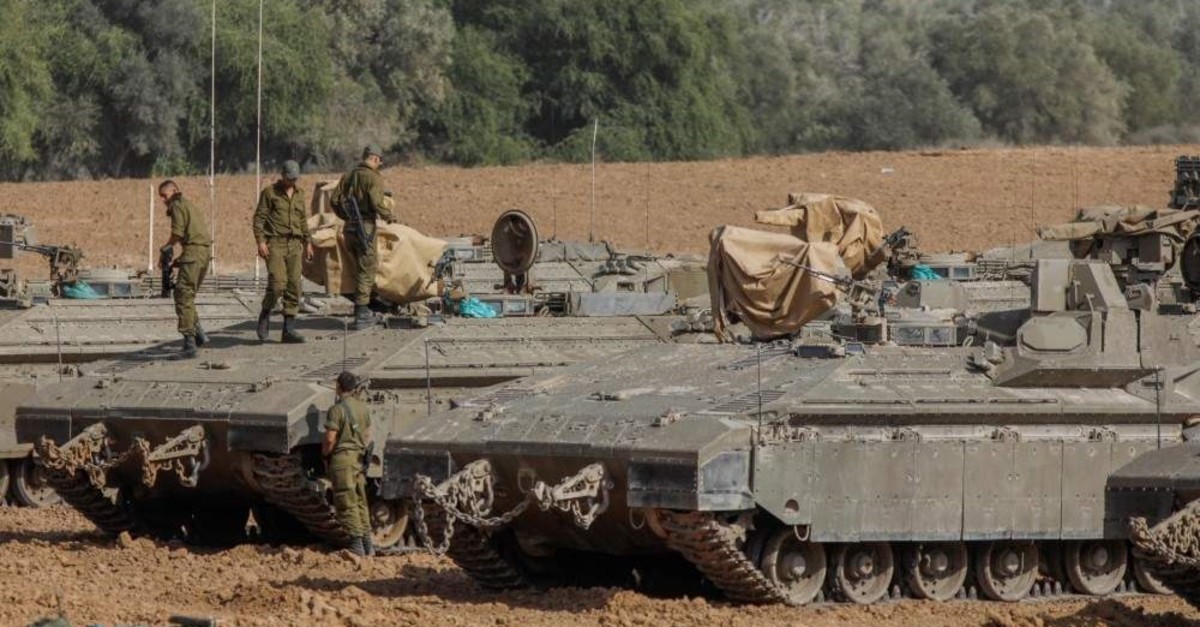 In the worst escalation in violence in half a decade, Israeli attacks showed no signs of abating in Gaza as its forces continued to target civilian areas, killing at least 22 Palestinians

At least 22 Palestinians have died as Israel carried out further attacks on the occupied Gaza Strip. The recent escalation of violence is the heaviest round of fighting in months.
The Gaza Health Ministry raised the death toll yesterday after three people were killed in the latest Israeli airstrike, adding that more than 50 people had been injured since airstrikes began early Tuesday.
Among the latest casualties were a father and two sons whose identities remain unclear. Mobile video shows they were hit while traveling on a motorbike.

The Israeli army carried out at least 30 airstrikes and artillery attacks Tuesday on several areas of the Palestinian enclave, including agricultural lands, residential buildings and several sites of different Palestinian factions, according to the government’s media office in the strip.
“More than 20 Israeli airstrikes and 10 artillery shelling have been marked in different parts of the enclave since early Tuesday,” it said in a statement.

In an exchange of fire, more than 220 rockets have been fired at targets across southern Israel since Tuesday, according to the Israeli army, with dozens being intercepted by the country's Iron Dome air defense system.
No Israeli deaths have been reported in the rockets attacks, as the military said it intercepted some 90% of the projectiles. A few homes suffered direct strikes, however, and there was a near miss on a major highway, where a rocket crashed down just after a vehicle had passed.
Turkey strongly condemned the Israeli strikes on Gaza while calling on the Israeli government to “end aggressive policies which have turned into state policy and its occupation of [ thePalestinian territories],” in a statement. Turkey also called on the international community “not to turn a blind eye to the ongoing tragedy in Palestine and to take an action swiftly against [Israeli] aggression” while urging them to fulfill their obligations to protect Palestinian civilians.
The Palestinian Authority (PA) yesterday called for an immediate end to the Israeli aggression against the Palestinian people on the blockaded Gaza Strip. "We call upon the international community and the U.N., to put pressure on Israel to stop its continued aggression against our people, and to respect the international law and legitimacy," the official Palestinian news agency Wafa quoted PA spokesman Nabil Abu Rudeina as saying in a statement.

One of the worst rounds of Israeli-Gaza violence in five years began in response to news that Israel had targeted two senior Islamic Jihad leaders.
Earlier Tuesday, an Israeli airstrike killed Bahaa Abu al-Atta, the commander of Islamic Jihad, as well as his wife Asmaa Abu al-Atta, 39. This is considered the possible beginning of a renewed conflict, leaving residents in fear for their lives.
Israeli Prime Minister Benjamin Netanyahu yesterday vowed to continue the attacks against the blockaded Gaza Strip. The Islamic Jihad movement has "one option," namely to stop firing rockets, otherwise Israel will keep attacking it "with no mercy," said Netanyahu.
The premier added Israel is not seeking an escalation but will respond to any attacks, Israeli daily Haaretz quoted him as saying at a special cabinet meeting.