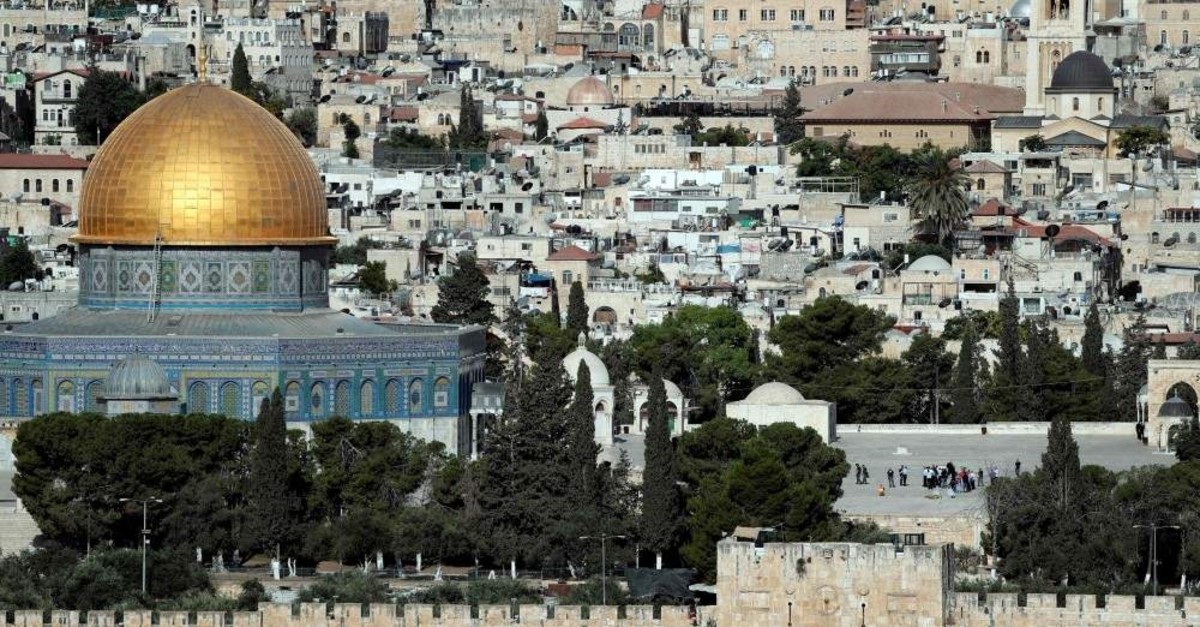 Scores of Jewish settlers forced their way into Jerusalem's flashpoint Al-Aqsa Mosque compound yesterday, according to a Palestinian agency. "Around 123 settlers backed by Israeli police stormed the Al-Aqsa compound since early morning," said the Jerusalem Islamic Waqf, a Jordan-run agency responsible for overseeing the city's Muslim and Christian holy sites. Settlers swarmed into the site via the Al-Maghariba Gate, usually guarded by Israeli police.

Increasing raids of Al-Aqsa Mosque reported lately with 2,233 settlers raided the Muslim holy site only in July, according to a Palestinian nongovernmental organization (NGO). The NGO said Israeli authorities also banned 14 Palestinians, including two minors and two women, from entering the holy site for different periods of time in July.

Al-Aqsa Mosque is considered to be the third-holiest place in the world by Muslims, after Mecca and Medina. Muslims believe that the first qiblah, the direction which Muslims turn to during prayers, was Al-Aqsa until it was designated as Mecca. Moreover, the existence of the Qubbat-us Sahra within the compound makes it more special as it is believed that the Prophet Muhammad started his spiritual journey to the heavens (miraj) from there. Since Israel occupied Jerusalem in 1967 the conflict continues between Palestinians and Israelis, as the latter believe that the holy temple of Solomon is beneath the mosque. There are several rumors claiming that some Israelis were digging tunnels to reach the temple’s ruins.